Eleven reigning world champions from around the globe are converging on Monaco this week for the first Diamond League meeting that will resemble a regular top-flight international one-day meeting since the advent of the Covid-19 pandemic.

The Herculis meeting organisers have moved mountains, while observing strict health and safety protocols, in order to present what shapes as the strongest fields of a truncated international season for Friday night’s meeting at Stade Louis II, which will have a reduced capacity of 5000 spectators to allow social distancing.

Contingents of athletes from Africa and the United States arrived in Monaco on Monday, having undergone Covid-19 tests before departure and after arrival to prove they have not been infected with the virus.

As has become customary in Monaco in recent years, the spotlight will be on middle-distance events which will feature the men’s world champions over 800m (Donavan Brazier), 1500m (Timothy Cheruiyot), and 10,000m (Joshua Cheptegei) and the women’s world champions over 800m (Hamilah Nakaayi), 1500m and 10,000m (Sifan Hassan), 5000m (Hellen Obiri) and 3000m steeplechase (Beatrice Chepkoech).

The women’s 5000m alone will bring together three world champions as Dutchwoman Hassan, who broke the world mile record at this meeting last year, and Kenya’s Chepkoech have elected to join Obiri in a clash of the titans. World 10,000m silver medallist Letesenbet Gidey will also be in the mix in an exceptional field.

The men’s event will be equally intriguing as world 10,000m champion Cheptegei steps down in distance. He’s another who has set world records in Monaco before, establishing a 5km mark on the road in February this year.

The men’s 800m will feature all three medallists from the World Championships in Doha as USA’s Brazier renews acquaintance with silver medallist Amel Tuka of Bosnia Herzegovina and bronze medallist Ferguson Rotich of Kenya.

“I didn’t realise how much I missed coming to Europe and seeing all the athletes – it’s sort of like a mini-world championships,” he said.

“I missed the competition. We have all been separated and getting to Europe seemed so farfetched, so I am really grateful to be back in Europe and racing.”

Brazier warmed up for his international return with a low-key 800m race at home in Oregon and admitted he “almost forgot how to run an 800m – it was so painful” but still bettered 1:44.

He said not knowing the form of the competitors he will face in Monaco would make the racing “more exciting because you don’t know what someone is going to drop”.

The Monaco organisers had set up a return match between the top five finishers in the 3000m steeplechase from Doha but, alas, world champion Conseslus Kipruto was forced to withdraw after giving a positive Covid-19 test in Nairobi just before he was to board the plane to Europe.

The women’s 1000m will bring together some of the world’s best over both 800m and 1500m with Nakaayi of Uganda meeting world 800m silver medallist Raevyn Rogers and Olympic 1500m champion Faith Kipyegon. 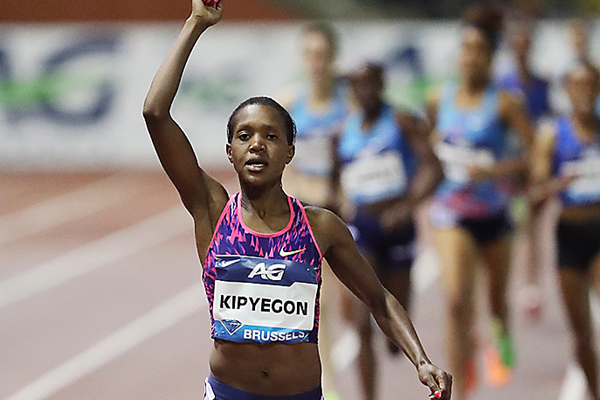 Lyles excited to be back on track

Lyles has revealed he struggled with his mental health in April, due to the combination of the pandemic, the postponement of the Olympic Games and the events around the Black Lives movement, and needed medication to regain his equilibrium, but he ran fast at home in Florida in July and expects another sub-20-second clocking on Monaco’s resurfaced track. 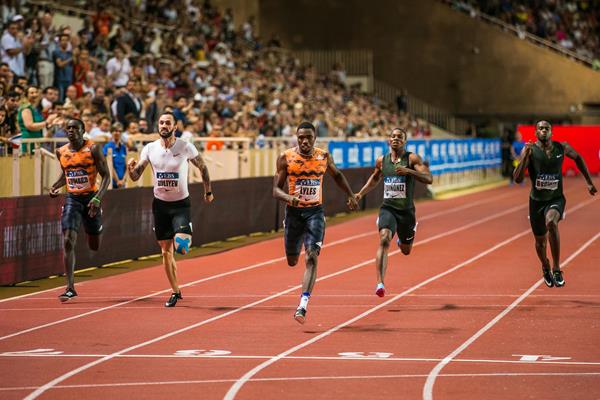 He hopes to show off an improved start to his race and gave the new Monaco track a tick of approval.

“I was shocked they even resurfaced it because I didn’t have a problem with the old one (he ran a meeting record of 19.65 in his last outing in Monaco in 2018). I have been on the track, it’s a good track and I’m just excited to run now,” he said.

In the men’s sprint hurdles, world champion Grant Holloway will face a considerable challenge from France’s Pascal Martinot-Lagarde and Spain’s Orlando Ortega, who shared the bronze medal in Doha.

The 400m hurdles features world champion Karsten Warholm, in his first international race over his favoured distance since he established a 300m hurdles world best at home in Oslo at Bislett’s ‘Impossible Games’ in June. 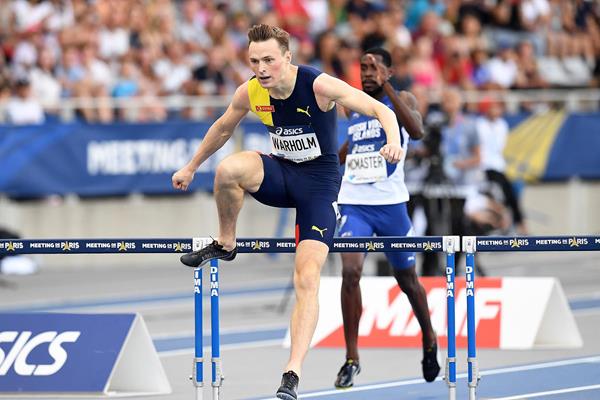 In the field, three of the sport’s highest flyers will soar in the men’s pole vault, where world record-holder Armand Duplantis will meet world champion Sam Kendricks and Olympic champion Thiago Braz.

Duplantis and Kendricks last met virtually in the Ultimate Garden Clash, where they competed from their back gardens in the United States in May during the height of the pandemic lockdowns around the world. 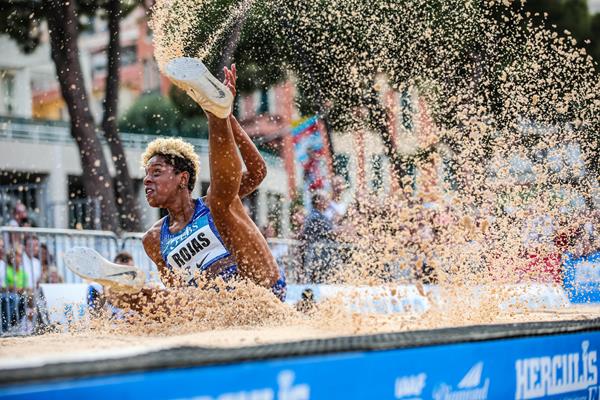 The women’s triple jump will feature world champion and world indoor record-holder Yulimar Rojas, while teenager Yaroslava Mahuchikh, named World Athletes’ female Rising Star of the Year after her silver medal performance in Doha last year, will be the main drawcard in the women’s high jump.