It has been an historic year so far for Asian golf following Hideki Matsuyama’s win at The Masters and more recently Yuka Saso’s victory at the US Women’s Open.

In April, Matsuyama became the first golfer from Japan to don a Green Jacket while this month Saso achieved the huge honour of becoming the first Filipino to win a Major.

And the fact that Saso’s father is Japanese meant it was also a win win for the Land of the Rising Sun.

While we hope to see more success by players from Asia at this week’s US Open, the Major has proven to be the more difficult to get to grips with by players from this region.

But as historians of golf know, it is another Japanese golfer who has the distinction of registering the best finish by an Asian golfer in the prestigious US event.

In 1980, at the 80th US Open, Japan’s Isao Aoki came close to pulling off one of the biggest upsets in the history of golf when he went head-to-head with America’s “Golden Bear”  Jack Nicklaus and nearly prevailed.

At Baltusrol Golf Club, near New York, Nicklaus set a new tournament scoring record and won his fourth U.S. Open title, but Aoki took much of the glory thanks to a brave performance that saw him finish two-shots behind in second place. 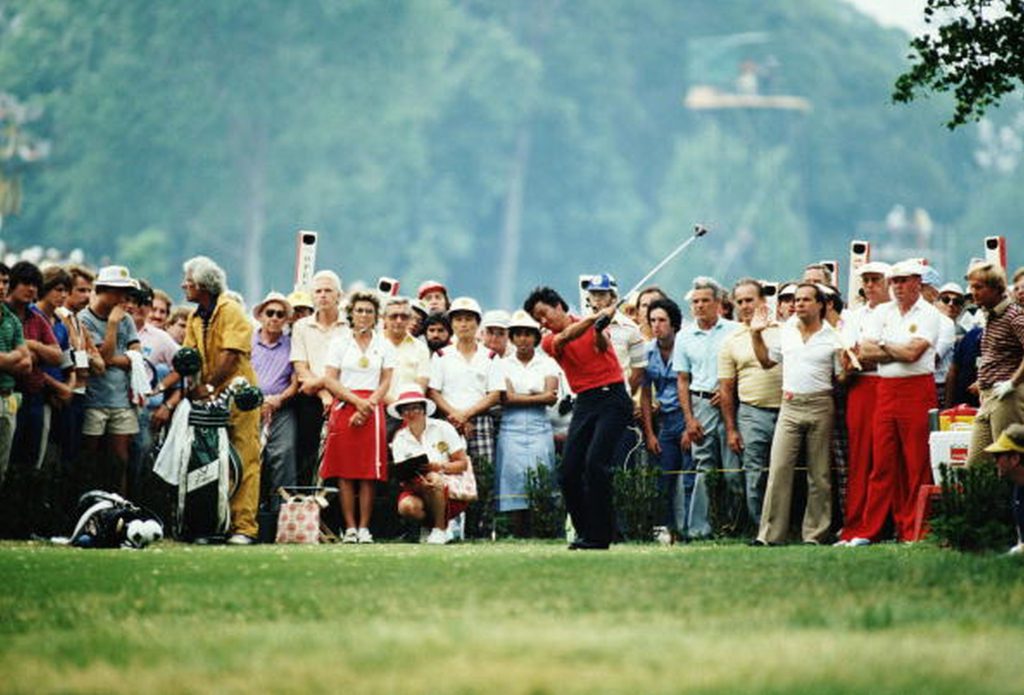 The two played all four rounds together in almost Matchplay like conditions, in what became known as the “Battle of Baltusrol”.

Nicklaus, aged 40 years old, and his countryman Tom Weiskopf began the tournament by firing seven-under-par 63s in the first round on the Lower Course.

After a second round 71, Nicklaus had a two-stroke lead over Aoki, but the Japanese star carded a third consecutive round of 68 the following day to tie Nicklaus and set up a thrilling final round.

On that Sunday, Nicklaus birdied the third after Aoki recorded a bogey on two, taking a two-shot lead.

Nicklaus was then expected to run away with the tournament but found it nearly impossible to shake off Aoki.

The American hit his approach to three feet on 10 to set up a birdie, but Aoki countered with a long putt from the fringe for a birdie. And on the 17th Nicklaus holed a 22-footer for birdie but again Aoki rose to the challenge and made his own from five feet. 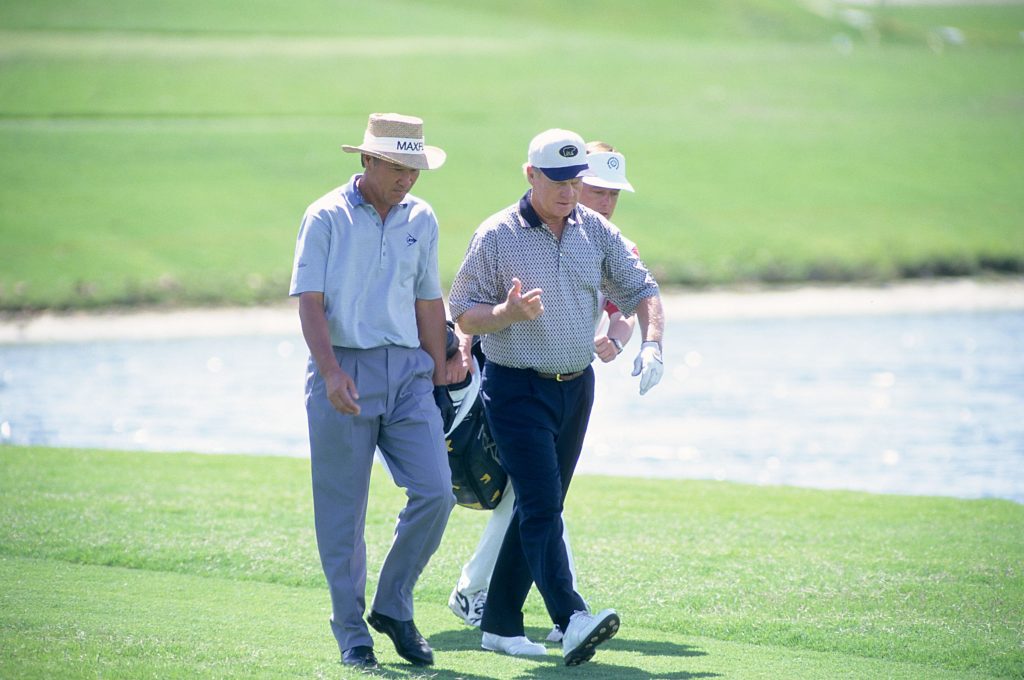 And as if to make sure of getting the job done, Nicklaus rolled in another birdie putt on 18 from 10-feet to win the championship and his 16th major title as a professional.

“I kept telling myself no matter how perfect he is, he will make a mistake in 72 holes in four days,” said a 39-year-old Aoki that week. “But I was wrong. Jack did not make any errors until the end of the tournament.”

“It has been a very good lesson. I learned a lot for my future play.”

To this day it remains the best finish by an Asian in the US Open ‒ slightly better than that of TC Chen’s joint runner-up finish in 1985.

It was also to be Aoki’s best-ever finish in a Major championship.

But he also tasted success overseas, most notably winning the Hawaiian Open in 1983 ‒ becoming the first player from Japan to win on the PGA Tour, where he played for over two decades. And in 1978 he claimed the World Match Play Championship in England, which was one of the biggest tournaments in the game at the time.

Fittingly, Aoki now serves as Chairman of the Japan Golf Tour Organization, helping to nurture his nation’s stars of the future and groom future US Open champions.