Myanmar’s Kyi Hla Han and Zaw Moe, past winners of Singapore’s National Open, enjoyed the privilege of playing the newly-renovated Serapong course at Sentosa Golf Club last week and as expected, they were full of praise for the famous layout.

Han, a former Asian Tour number one and winner of the Singapore Open in 1994, and Moe – the 1997 Singapore Open champion – were invited by the club to play the course during its soft opening.

They were joined in their group by Cho Minn Thant, Commissioner & Chief Executive Officer of the Asian Tour, and Australian Unho Park – a 20-year veteran of the Tour, who is now a key part of its’ administrative team. 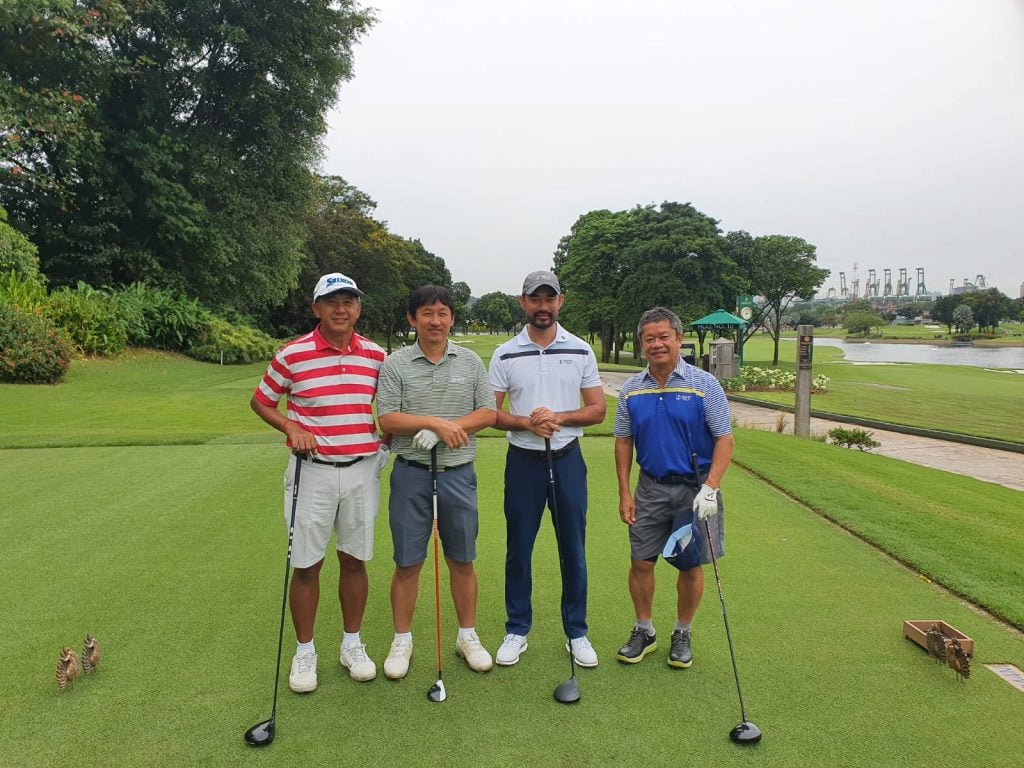 The Serapong, voted by the players on the Asian Tour as the ‘Best Golf Course on Tour’ last year, had been closed since March as it underwent extensive renovations.

The soft opening was held on Friday and saw all the members of staff who worked on the course get to play it for the first time before the official opening on Saturday.

Changes have been made to the bunkers – which now have creative, artistic serrated edges – fairways, and tee boxes.

“The renovations are great!” said Han, a former Commissioner of the Asian Tour.

“The fairways and greens are fantastic, and the bunkers are also excellent. There was a course I was working on in Mandalay, in Myanmar, which has classic bunkers with rough edges which give the course a more classic look. So the changes to the bunkers here at Sentosa are similar – I think it is a wonderful design element, and something that appeals to me as a course designer, the more classic, older look.

“The Serapong has always stood up so well to the players in the Singapore Open – the scores are not too low. It is a tough course from the back tees. It is playing too long for me now! I need to play a shorter course.”

“The course looks fantastic. The fairways are really good, they have just one type of grass, as opposed to different types,” said Zaw, who played with great success on both the Asian Tour and Japan Golf Tour Organization.

“For me the course looks the same but it is the condition that is really noticeable. The course looks neat and extremely well presented as always. And of course you can really see the new shaping around the bunkers – very distinctive.”

The Asian Tour is headquartered at Sentosa Golf Club, so Cho was also delighted to have the chance to play the course.

“The Serapong has always been one of the highest acclaimed courses on the Asian Tour. They [Sentosa] have really outdone themselves in what they have done to the course over the last nine months,” said Cho.

“The condition of the golf course is excellent. They have made the bunkers a bit trickier, the sand is great, the fairways are looking immaculate, and the greens are rolling great so there’s not much more we can ask for.

“There is no real one thing that stands out. I feel it’s one of those courses that doesn’t have a signature hole because the whole golf course is memorable, and the finer details have been done really well.

“It is remarkable for the members to give up their golf course during this pandemic period where a lot of people were actually playing golf, it’s incredible they could have the patience and the foresight to do that. It is going to pay dividends in the long run.”