When Australian Scott Hend claimed the Pertamina Indonesia President Invitational on August 31 in 2008 he would have, understandably, been oblivious to the significance of the occasion.

A relative newcomer to the Asian Tour – the previous season he was Rookie of the Year – the victory was his maiden win on the circuit, but more importantly it was the one that opened the floodgates.

Indeed, on this day 12 years ago, the Asian Tour witnessed the arrival of a golfer who would become one of the circuit’s most dominant players.

The big-hitting Australian would go on to win nine more times and monopolise the Order of Merit.

And the signs of this success were very evident in his impressive victory at the Pertamina Indonesia President Invitational – which was played at Damai Indah Golf and Country Club in Jakarta. 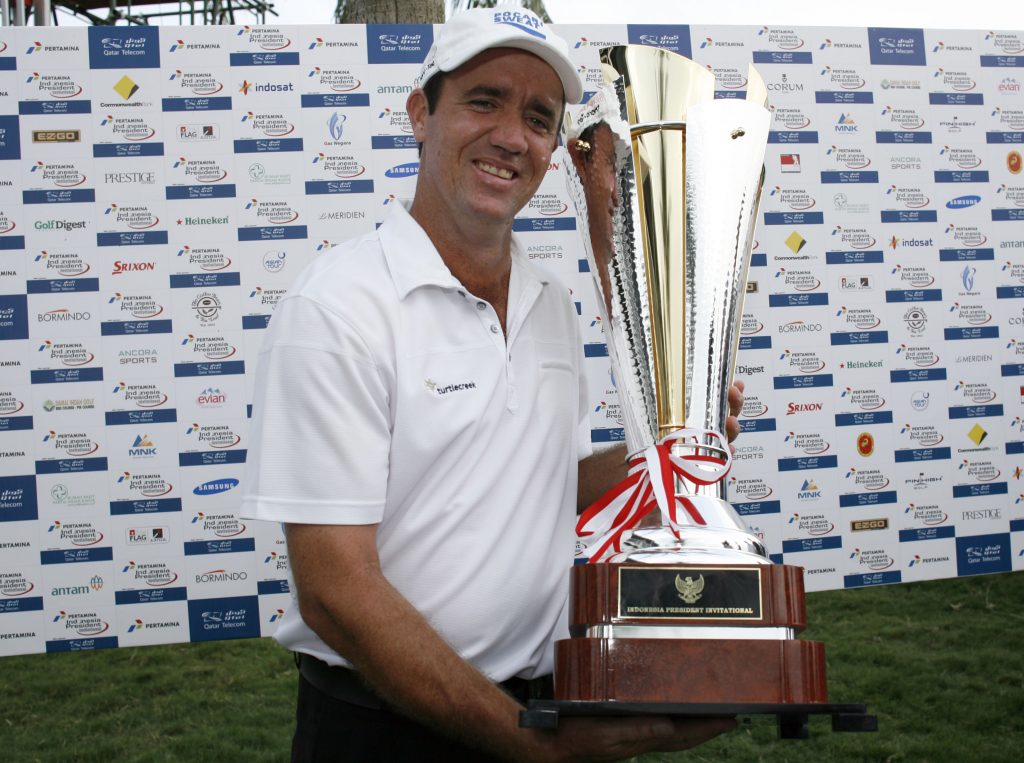 He started slowly in the US$400,000 tournament but this was merely a smoke screen for what was to come over the weekend.

His opening round of one-under-par 71 left him with much to do as the best of the day was a 64 carded by Lin Wen-tang from Chinese Taipei – an in-form golfer, who had won earlier in the year at Asian Tour International in Thailand.

Even though Hend improved with a 69 on day two, he was five behind Malaysian Iain Steel – who took the lead on nine under with a 66.

Hend’s game then found a new dimension over the weekend and although his third-round 66 left him five adrift of tournament leaders Lin and Steel, the Australian was perfectly placed to mount a challenge.

Since joining the Asian Tour in 2007 he had finished second on three occasions and was one of the hottest golfers on Tour who was more than ready for a maiden victory.

Paired in the penultimate group on the last day with Korean-American Anthony Kang, he trailed Lin by three at turn.

Quickly responding to the challenge at hand, he made an eagle on the par-five 13th – impressively for the second day in-a-row. Lin made a par there, so the gap was down to one.

But another two shot swing soon followed when the Chinese Taipei golfer found water on the par-three 15th and made double-bogey.

It was the break Hend was looking for and from there he did not look back. The victory was secured when he made another birdie on the par-five 17th, where Lin dropped another shot.

Hend’s back-nine of four-under-par 32 and second successive 66 saw him win by three shots from Lin with a tournament total of 16-under.

“I had a few runner-up finishes which is nice financially but there is nothing like winning a tournament. It is truly satisfying,” said Hend, after his win.

As a result of his success, Hend walked away with the top prize of US$63,400.

“I was solid on the back nine. I was thinking that if I shot a six under, I’ll be happy no matter what the outcome, even if I had not won. There was no real pressure and my putting was average,” he added.

“The eagle was great. I struck a solid drive and then almost holed my second shot. I told myself that I had to play solid and everything came together. I got ahead of myself on a few holes but I kept a steady momentum and I’m very happy with my finish.”

Lin’s final round 74 opened the door for Hend but he was magnanimous in defeat.

He said: “My iron play was good so I thought I could be aggressive on the 15th hole but I was too fast off the tee and the ball found the water. I also bogeyed the 17th hole. But it was a good game by Scott who played well under these challenging conditions. There are still more tournaments to play this year, so I hope to follow my rhythm and stay in contention.”

Up until that point in his career, Hend had won four times in Australia and once in Canada but the Pertamina Indonesia President Invitational was the big breakthrough victory he had been looking for.

In 2004, he decided to play on the PGA Tour but after two poor seasons because of injuries and loss of form he turned his attention to Asia and the Asian Tour Qualifying School in 2006.

And he says: “I finished second to Ben Leong (at the Qualifying School). My kids where born in December 2006 and then I went straight to Pakistan and finished second and from there on it was ‘happy days’ on the Asian Tour.” 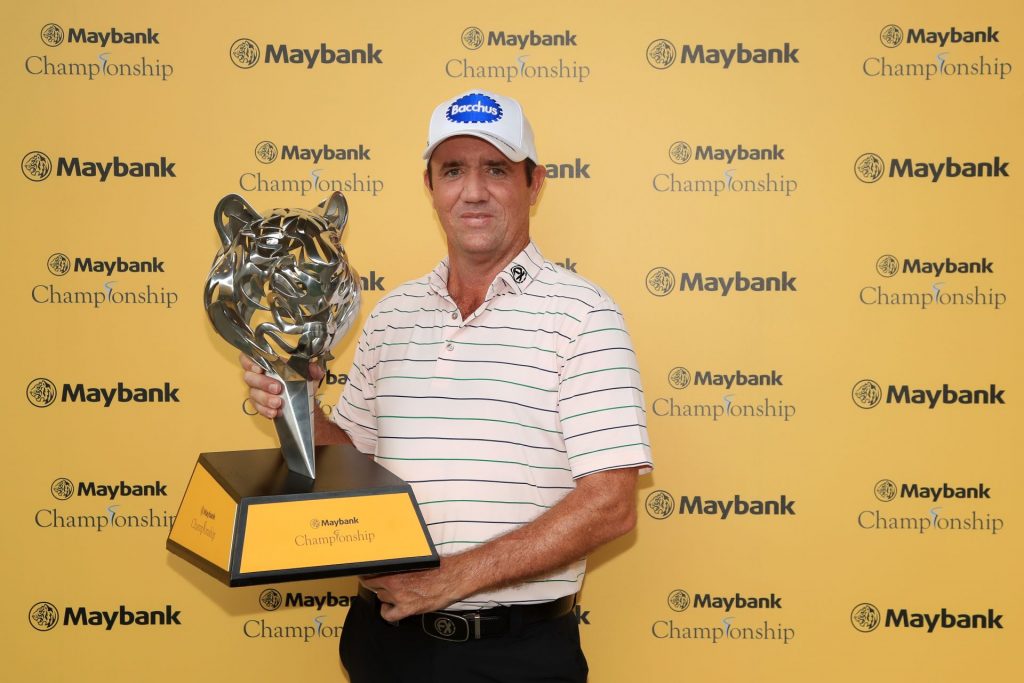 KUALA LUMPUR, MALAYSIA – MARCH 24: Scott Hend of Australia holds the trophy after he wins the play off match against Nacho Elvira of Spain during Day Four of the Maybank Championship at Saujana Golf & Country Club, Palm Course on March 24, 2019 in Kuala Lumpur, Malaysia. (Photo by Andrew Redington/Getty Images)

And when he claimed his 10th Asian Tour title in March 2019 – the Maybank Championship in Malaysia – he moved into second place on the Career Money List.

Hend has been playing on the European Tour’s “UK swing” over the past few months, will compete in the US Open in September and will no doubt be looking forward to returning to Asia when the time is right.