Berry Henson is one of the Asian Tour’s great personalities and, indeed, success stories: since earning his card a decade ago, he has finished in the top-50 on the Tour’s Order of Merit every year, bar one. As the game is temporarily in “recess” in Asia, we thought it an opportune time to speak to him about his career playing in the region and ask him how has been spending his time during the coronavirus pandemic. As we found out, he has been busy …

It is fair to say Berry Henson has enjoyed the best of both worlds: the two worlds being California, “The Best Coast”, as it is popularly known, and “The Kingdom” of Thailand ― the former being his place of birth and home in the United States, and the latter his adopted home for the past 10 years.

You would probably only leave California if you were going somewhere as idyllic as Thailand, but, in Henson’s case it was also a matter of urgency: he needed to secure status on one of the world’s leading Tours ― and the Asian Tour was his last chance. 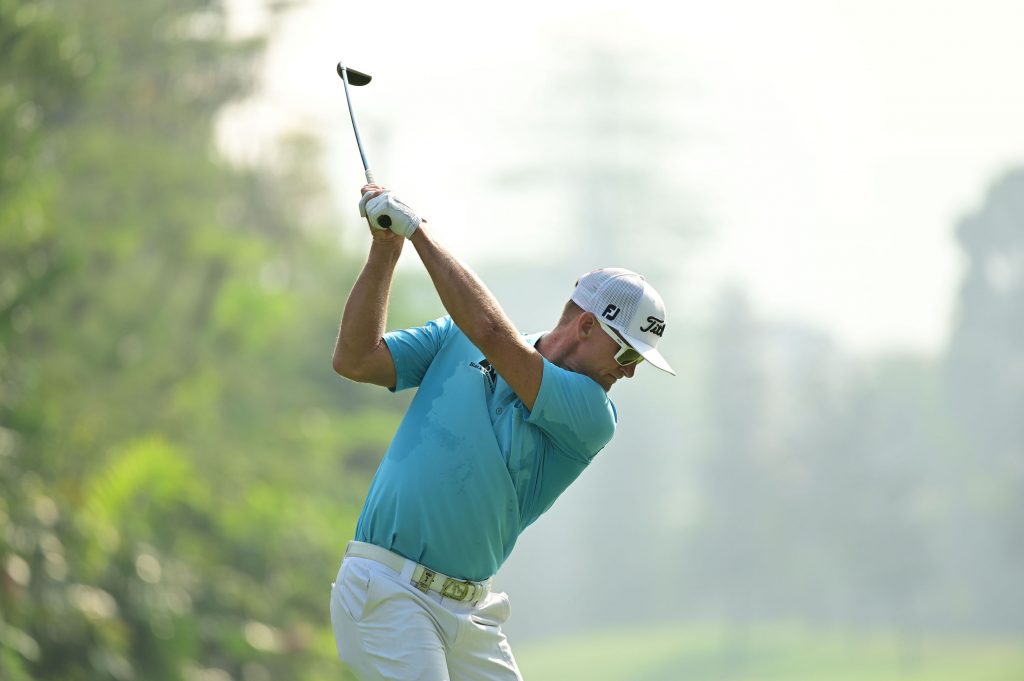 “I remember the first day I landed in Thailand; I felt so far away from home; it was wild,” says Henson, from his condo at Black Mountain Golf Club, in Hua Hin, Thailand, this week.

The American arrived in Asia with just US$5,000 in his bank account and as he says: “I had one sponsor and he said, ‘hey it’s sink or swim, we either get a card or we are done’.”

There was probably no better incentive to succeed in Asia than that and it certainly proved to be the catalyst for the birth of one of the Tour’s most consistent performers.

He won the First Stage of the 2011 Qualifying School, and finished 11th in the Final Stage. Then five events later he claimed the Clearwater Masters, in Malaysia, on the Asian Development Tour, and two weeks after that he won the ICTSI Philippine Open, at Wack Wack Golf & Country Club.

“Both those victories were wire-to-wire, not a lot of people know that. Everything kind of snow balled for me out here,” adds the 41-year-old.

Surprisingly, he has not won on the Asian Tour since his victory in the Philippines but that has been compensated by consistently playing well, week in, week out, over an extended period ― something that very few golfers can achieve. 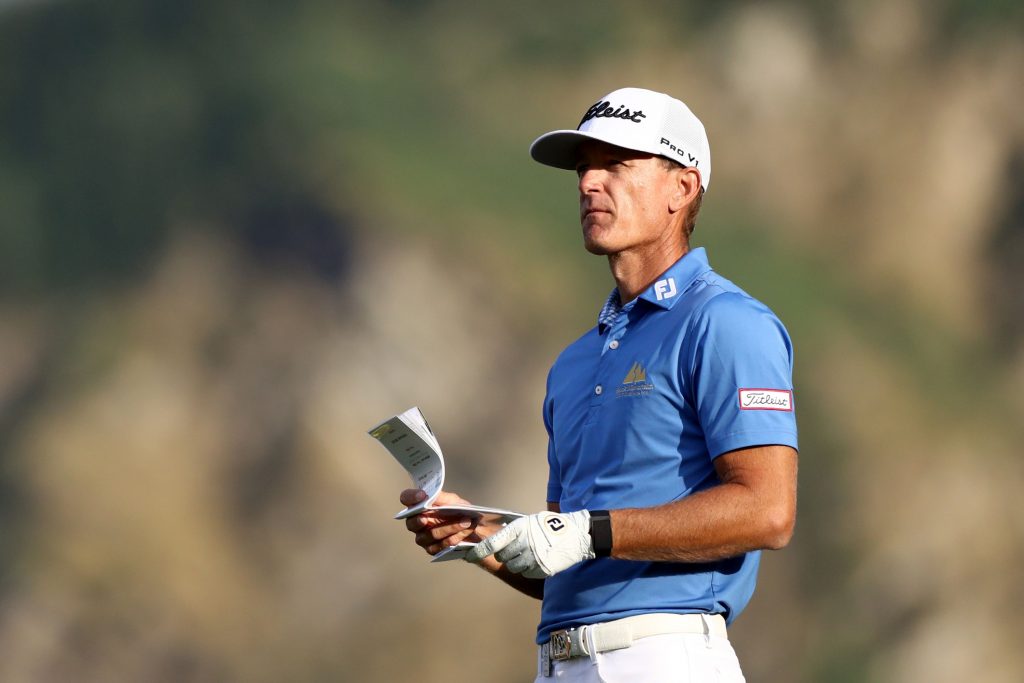 He comfortably retained his Card in 2011, finishing 37th on the Merit list – replenishing his ailing bank account with nearly US$100,000 in earnings.

He says preparation has been the key to his success.

“Ever since I have come over here, I have felt that I am in the top percentile in preparing for golf tournaments. I feel that I am really good at picking the golf course apart. And if you look through my career, you can see I always played well on courses we have played for the first time.

“I know how to prep my game and pick apart a golf course a little bit quicker than, I think, most of the other guys do in Asia. And there are courses I always play well every year, Sentosa is one of them, Bangladesh I have always played well.”

He says he also has an ability to dig deep, never give up and make a cut when he is not playing well.

He adds: “Another thing that has allowed me to play consistently, is I have confidence over here, I enjoy playing here. I live at Black Mountain ― who have sponsored me now for seven years ― I live in Thailand, and so I am just able to prepare and feel very comfortable.”

His attribute of not giving up was never more evident than when he was beset by two wrists injuries in 2016 and 2017. He had two expensive surgeries on each wrist and played on a medical exemption in 2018.

Many may have crumbled under the pressure but he proceeded to put together what he considers his best year on Tour: he finished in the top-25 on 10 occasions, including a second-place finish in the Mercuries Taiwan Masters and five top-10s.

“I go very well when my back is up against the wall; I’ve always been a fighter. But I never had that really hot year like Jazz – but I feel like I have the ability and I am still trying. I have always played well in front, I just have not got in front enough,” says Henson, whose most recent win was the Long Beach Open in the US in 2013. 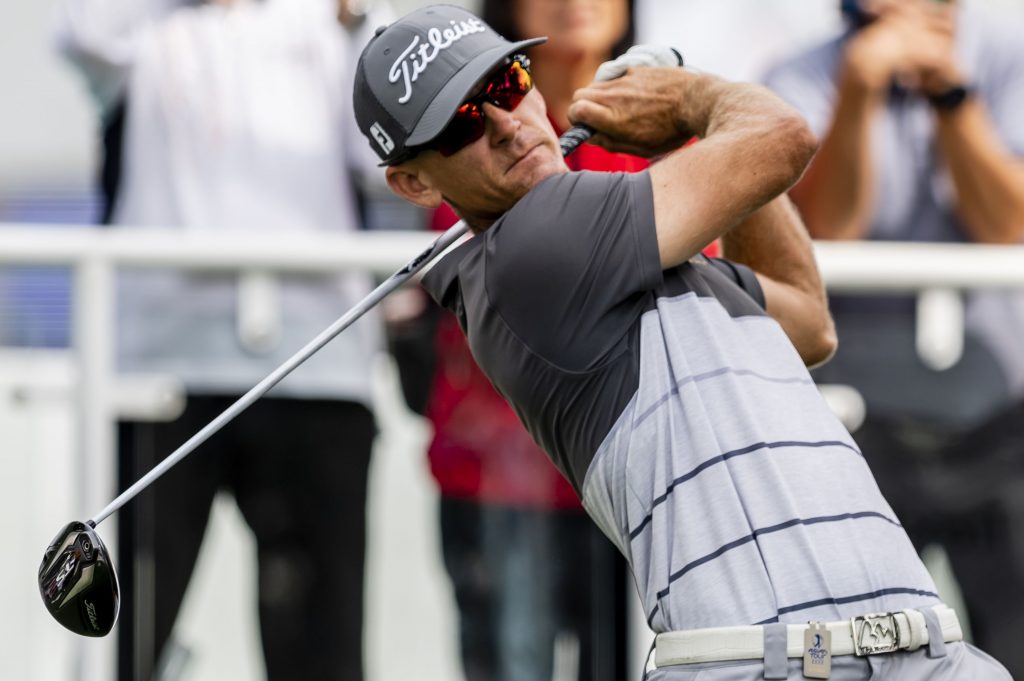 HONG KONG, CHINA – JANUARY 09: Berry Henson of United States tees off the first hole during the first round of the Hong Kong Open at the Hong Kong Golf Club on January 9, 2020 in Hong Kong. (Photo by Yu Chun Christopher Wong/Eurasia Sport Images/Getty Images)

And, so what has the outgoing American been up to since COVID-19 so unceremoniously stopped play on the Asian Tour, in March last year?

“It’s been difficult for everybody. The hardest part of the whole situation has been trying to decide when am I going to start playing golf again. I have kind of been going back and forth about going back to the US and I could have had a couple of starts in Europe, but I decided to stay [in Thailand] and see what was happening with the pandemic,” says the American.

“It has not been easy, it has been very difficult for me. I have always been a structured person and it’s been hard to maintain structure when there has been so much uncertainty. So I feel like I have got ready for golf about three times, and every time I get ready there is bad news. So that part for me has been pretty tough.”

He worked on gaining more swing speed during the first part of last year ― which caused a few small injuries, because as he says: “I have a mind of an 18-year-old and body of a 40-year-old”.

And, in addition to hitting the gym hard, he chose to pursue a couple of other interesting avenues. 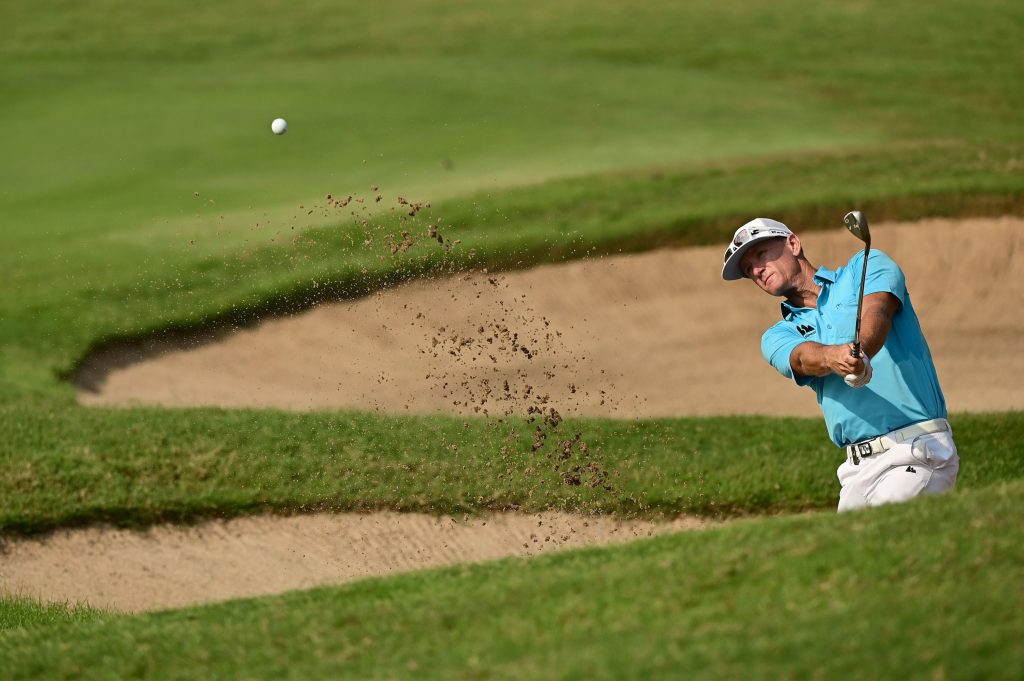 “I had to extend my visa, so the option was to get an education visa and study Thai. I studied Thai for four months. I did that two times a week and really picked up much better Thai vocabulary – which is a real benefit to my lifestyle,” says the American.

“But the major thing I have been doing is trading. I have always done some sort of trading, on the stock exchange, or trading cryptocurrency, but I have only dabbled in it since we have been playing but now since we have had time off I have really got into actively trading. And I started to learn about option trading and I have done very, very well. So I have turned into a workout fiend/Thai language student/day trader. And I have definitely played more videos game than I ever had before.”

More recently he also launched a social media challenge called #Thaispinner ― which sees players, some as prominent as Thai star Kiradech Aphibarnrat, submit videos showing them hit chip shots, played with the ball outside the back foot, which results in loads of back spin.

Thailand’s Thammanoon Srirot even sent one in of him skimming a shot across a lake.

Henson rejoined the Asian Tour’s Tournament Players’ Committee toward the end of last year, and is very keen to help the Tour ― and in so doing, repay them for helping his career.

“I have always tried to help the guys build their status and that is kind of what #Thaispinner is part of. Maybe some people don’t look at it that way but I like doing that stuff because it helps the Asian Tour. Those guys are so talented and everybody sees it and thinks it’s cool. Not many people in the world realize what these guys do around the greens. Building that content for not just the Thai players but the Asian Tour brings a lot of value.”

Clearly, and impressively, there is no time to rest for Berry Henson, even with an ongoing global pandemic.

🏌️Golf : Meet Sol, the official mascot of the 2023 Solheim Cup

🏌️Golf : BEANY’S BLOG: CATCHING UP WITH THE CAPTAIN IN JUNE