Catlin, a four-time Asian Tour winner, showed nerves of steel as he fended off the challenge of his playing partner, the former World Number One from Germany, down the stretch and a four-over-75 was enough for a two-over-286 winning total. 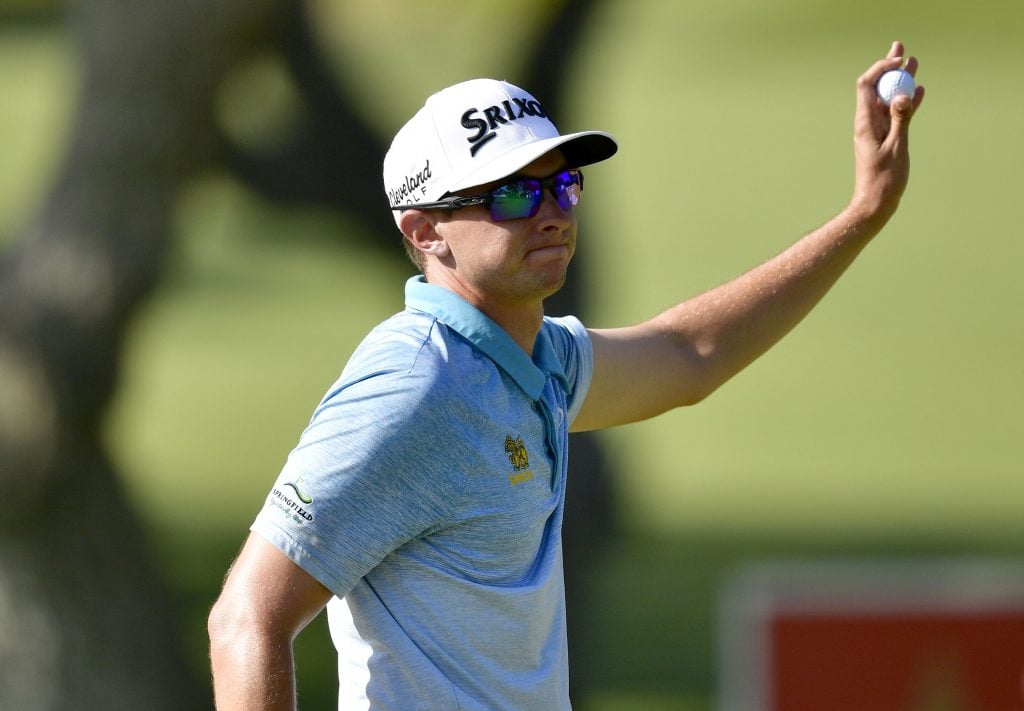 SOTOGRANDE, SPAIN – SEPTEMBER 06: John Catlin of The United States reacts after putting on the 18th green during day four of the Estrella Damm N. A. Andalucia Masters golf tournament at Real Club Valderrama on September 06, 2020 in Sotogrande, Spain. (Photo by Octavio Passos/Getty Images)

Catlin had started the day two shots clear at the top but bogeys at the fifth, 10th, 12th and 14th meant Kaymer – who birdied at the second, fourth and 12th – pulled level to set up a dramatic finale at the Sotogrande venue.

Kaymer missed a golden opportunity to take the lead at the 17th, missing a six-foot birdie putt, and Catlin kept his composure with a delightful lag putt at the final hole to two feet. Kaymer had to hole his chip from the edge of the green to keep his chances alive and he almost did just that, but his bogey meant Catlin would seal the wire-to-wire victory with a tap-in par.

“I think it’s still setting in, the nerves were going nuts the whole of the final round. It’s a very difficult golf course, the greens are firm and fast and the wind was no easier than it has been the previous three days.

“I don’t think it’s quite sunk in but that was my goal at the start of 2019, is to win on the European Tour so to have actually accomplished that is pretty hard to put into words right now,” said the 29-year-old Catlin. 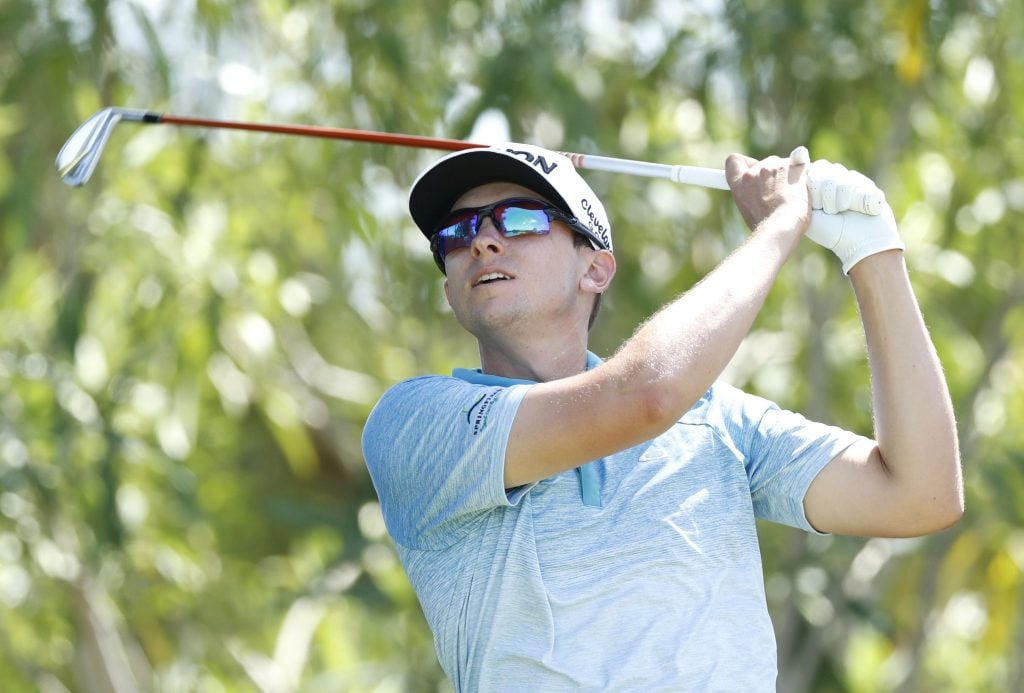 SOTOGRANDE, SPAIN – SEPTEMBER 06: John Catlin of The United States tees off on the 8th hole during day four of the Estrella Damm N. A. Andalucia Masters golf tournament at Real Club Valderrama on September 06, 2020 in Sotogrande, Spain. (Photo by Luke Walker/Getty Images)

“It’s very difficult, the hardest part was hitting the fairways. The wind is cross-breeze on most of them, down right to left or down from left to right, into left to right so if you get any kind of wrong spin going you can end up in the rough and the greens are just getting firmer and firmer.

“So fairways are a must, and I managed to make the fairway on 18 and that might have been the difference,” he added.

Catlin also said that his past experience on the Asian Tour stood him in good stead in the closing stages.

After coming through the Asian Tour Qualifying School in 2015, he claimed an Asian Development Tour title each in 2016 and 2017 and went on to win three times on the Asian Tour in 2018. His fourth Asian Tour victory came at the Thailand Open last November.

“My past experience was very helpful in that regard, I knew I had done it before.

“Even when things were not quite going my way in the early part of that back nine, I knew if I just stayed patient and kept going, I would give myself a chance.”

South African Justin Harding battled to a second straight 71 to settle two shots back in a share of third place while Japan’s Masahiro Kawamura finished in tied-eighth place on 291. American Johannes Veerman came in a further shot back and ensured a top-10 finish after closing with a 74.