Korean Jaehan Chun owns his own brand of golf apparel called 45G – which is the weight of a golf ball – and came up with the perfect way to market that today at the Shinhan Donghae Open by taking the first round lead with a scintillating eight-under-par 63.

The bogey-free round at Bear’s Best Cheongna Golf Club in Incheon was made even more impressive by the fact it is the first time he has played in the tournament – one of the most prestigious events in Korea, boasting prizemoney of KRW1.4b (approximately US$1.2m).

Former Asian Tour Order of Merit champion Seungyul Noh from Korea came in with a 64 to sit in second place with countryman Kyongjun Moon.

“My tee shots and putting were great today. The greens were very soft so it was important to find the putting surface safely in the right position.” 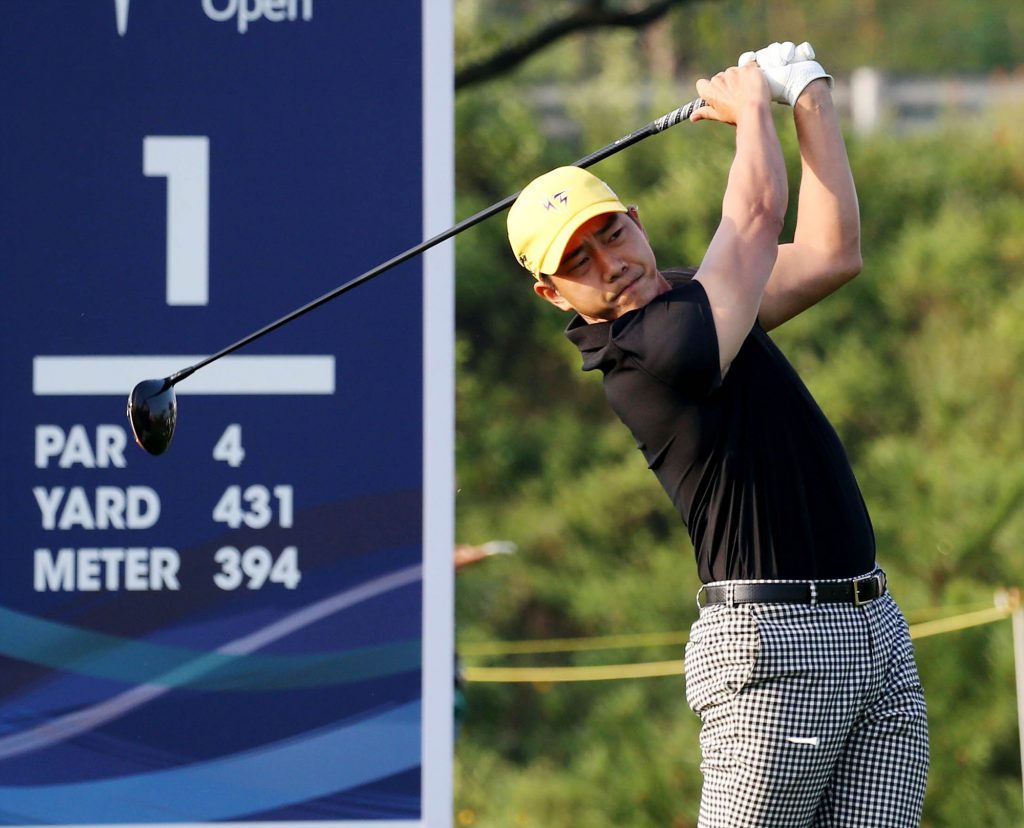 Although playing his rookie season in Korea he does have an impressive background.

The 30-year-old is a former amateur star and played college golf at Northwestern University in Chicago. And, in 2009 he finished second in the inaugural Asia-Pacific Amateur Championship – behind compatriot Changwon Han.

“My previous name is Eric Chun but now I am change my name to Jaehan Chun as I want more Korean fans to cheer for me,” he joked.

A much-travelled golfer, he moved to Malaysia when he was four and lived there for 10 years before moving to Australia. He played on the Japan Golf Tour and its secondary circuit the AbemaTV Tour last year, having completed National Service in Korea in 2016.

Of his line of golf clothing, he said: “I want to bring a different dimension to golf wear.”

Noh, who won the Asian Tour Order of Merit in 2010, is in search of his first win since claiming the Zurich Classic of New Orleans on the PGA Tour in 2014.

“Now I`m in bad condition as I recently sprained my ankle. But it is okay. Today was a very hard day as the wind was strong. But I’m satisfied with the score of seven under. My short game was great,” said 29-year-old Noh, two-time winner on the Asian Tour.

“My tee-time tomorrow is early morning so I think, at that time, the wind will blow less, so I can try and make many birdies.” 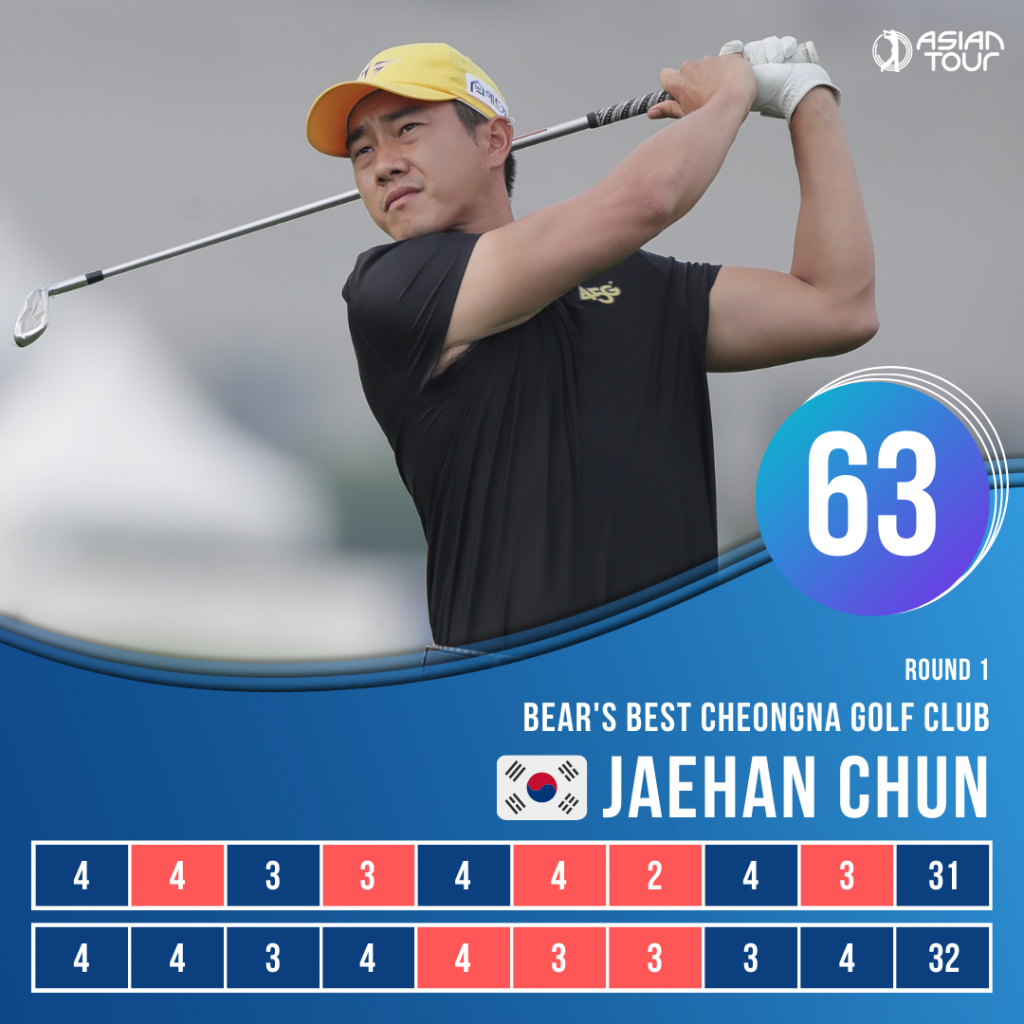