Chinese Taipei’s Wang Ter-chang has achieved so much in the game, including six victories across the region, but ‘not a lot of people know that’ he also made an important contribution to Malaysian golf.

On this day 18 years ago, Danny Chia made history by becoming the first Malaysian to win on the Asian Tour – a long-awaited and monumental achievement. 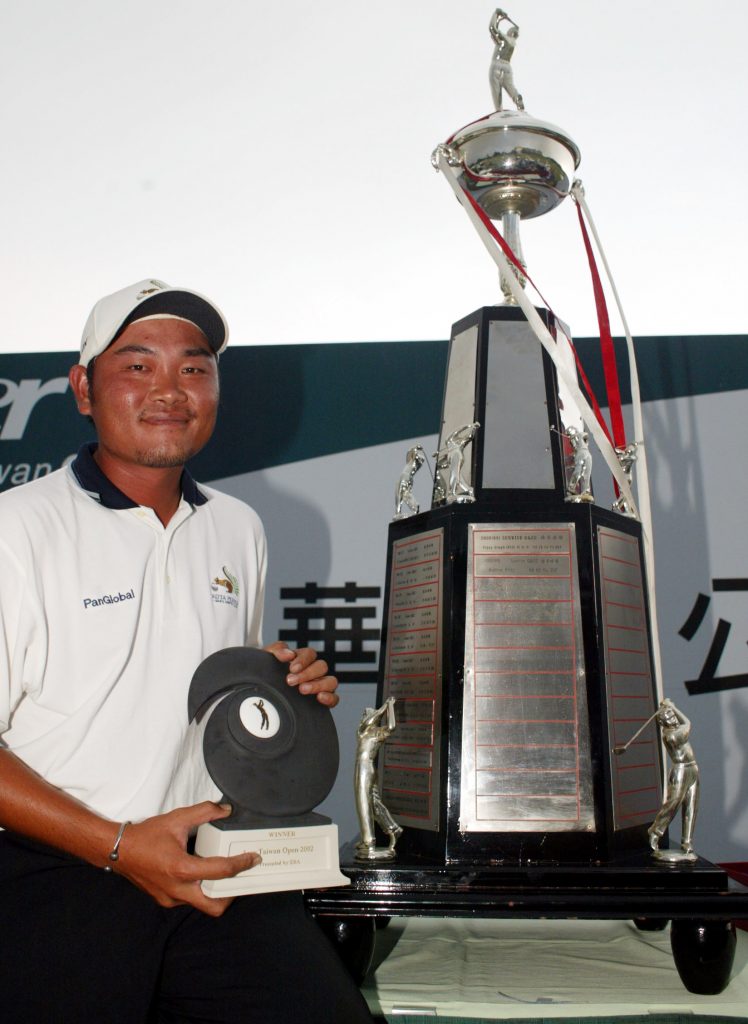 He did it at the Acer Taiwan Open, played at Sunrise Golf and Country Club in the hills of Northern Taiwan, in dramatic circumstances emboldened in the annals of Asian golf.

And what role did Wang play? Well, he kindly let the young Malaysian stay at his home for the week; no small matter for Chia who was trying to find his feet on the Asian Tour – so home comforts and any edge he could get were very welcomed at the time.

Staying at the home of one of the country’s most prominent golfers is only a small part of what is an inspiring tale.

Chia had been unsuccessful in his attempt to negotiate the qualifying school that year and wrote to the organiser of Chinese Taipei’s National Open to ask for an invite.

At the age of 29 years old then, he was Malaysia’s number one golfer – and a three-time winner of the Malaysian Amateur Championship – so he was warmly welcomed to the prestigious event.

The weather, however, was not so welcoming. 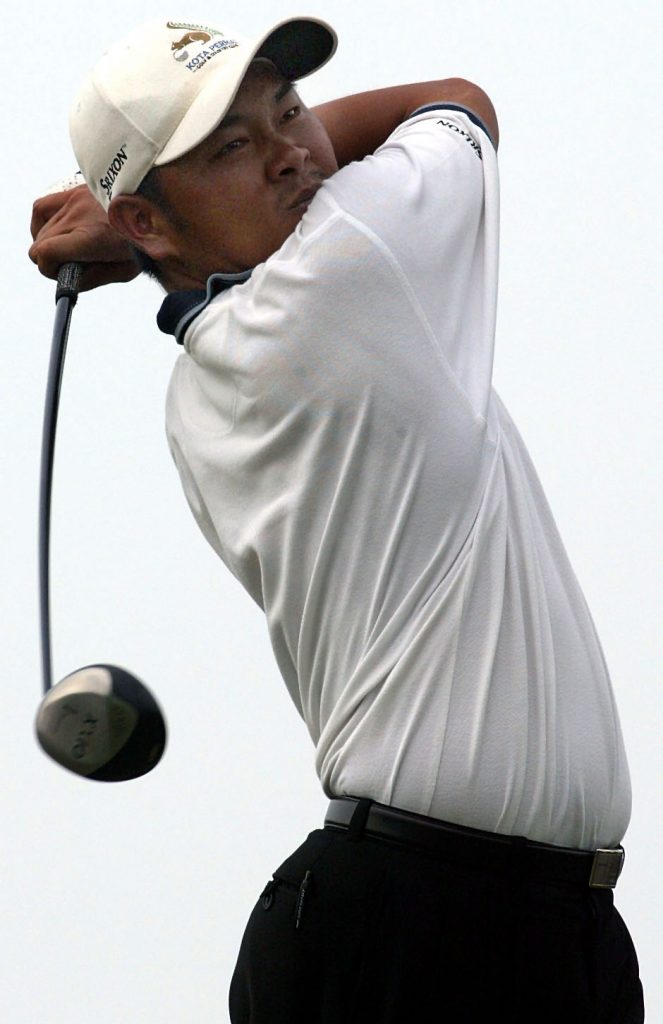 “It [the weather] was like a typhoon,” says Chia, speaking to the Asian Tour from his home in Kuala Lumpur last week.

“The whole week was like a typhoon and the golf course was very exposed. The course is not difficult, it’s quite a nice golf course to play, but it’s just the wind, and we were very high up in the mountains, which affected things very much.”

Having turned professional in 1996, he had already played in a handful of events on Tour each season up until that point.

And, earlier in 2002 he produced his best finish on Tour when he claimed a sixth-place finish at the Casino Filipino Open to suggest that his fortunes might be on the up.

But after opening rounds of 76, 70 and 77 at Sunrise, he was seven behind leader Hsieh Yu-shu of Chinese Taipei, and on Sunday he was paired in the sixth last group out – with Kao Bo-song (a leading amateur who, a month later, was part of the Chinese-Taipei team that claimed the gold medal in the Asian Games in Busan, South Korea). 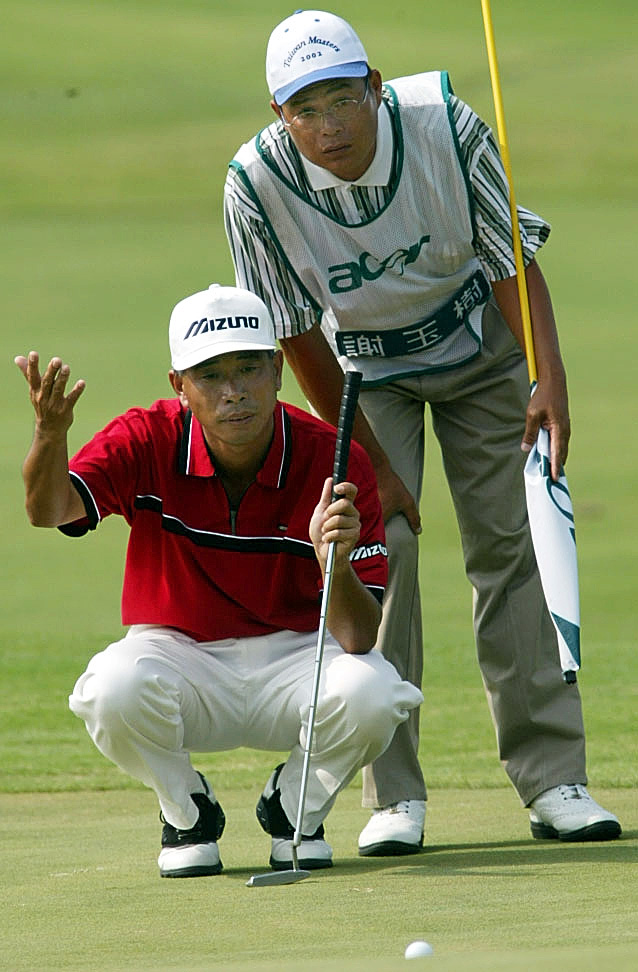 “The weather was bad the whole day, whether you played early or late,” said Chia.

“The front nine I didn’t really think much about it, I was trying to enjoy it. I was hitting the ball well. I was hitting a lot of low shots because of the wind.”

And, this is where the other remarkable element to the story kicks in.

“I just went under Kel Llewellyn at that time. I had only been working with him for about one month and he taught me a lot about playing different types of shots. It really helped when I played that week.

“I was hitting well before heading there. Kel gave me a lot of new stuff to work on.  A lot of breathing exercises, a lot of stretching. I used to hit a lot of draw shots, but Kel got me hitting a lot of left to right shots. We worked on the short game a lot and how to hit low ball flight shots.”

The timing of engaging one of the region’s top coaches to teach him to hit shots low could not have been better. And the breathing exercises were just as important as he started to mount a challenge.

“After the front nine, then I saw the leaderboard, and I think I was four behind. I started to get nervous and couldn’t stop looking at the leaderboard. I hit some good shots, but they didn’t quite pay off because the wind was quite strong and tricky. I didn’t hit many greens on the back nine but I had very good up-and-downs on a lot of the holes.”

Incredibly, the record will show that Chia was the only player on that final day not to drop a shot but he did conjure a succession of great saves.

Crucially, he holed a six footer for par on 16 and on the following hole he made a putt to save par from eight feet.

Then, on the par-five 18th, he said: “I think I made the biggest decision of my career”.

“It was dead into the wind. I hit a very good drive, on the left centre of the fairway. The second shot was about 200 metres to the green, but I had to hit over a pond. I was two behind at that time and I told myself ‘this is my chance to win’.

“It is a par-five and I would normally lay up because it was quite a strong headwind but I said this is my chance to win my first title on the Asian Tour and I am going to take it – no matter what the outcome is.”

He went for the green with a four wood. The wind was blowing really hard right to left into his face so he aimed about 20 yards right of the green to let the wind take it.

Rising confidently to the occasion he hit it exactly where he wanted but the wind was so strong his ball flew left of the green.

Said Chia: “But it was over the water! It was a very, very big relief when that happened. I chipped it to about eight or 10 feet short of the hole and I made the putt.”

He said he felt like he signed for a 60 as opposed to a four-under-par 68 – which gave him a four-round total of three-over-par 291.

At that moment he was tied for the lead and opted to wait in front of the leaderboard until everyone finished.

“I watched them come in one by one,” he said.

“I was kind of prepared for a play-off but if I knew then what I know now, I would have realised I had really already won because of the weather.” 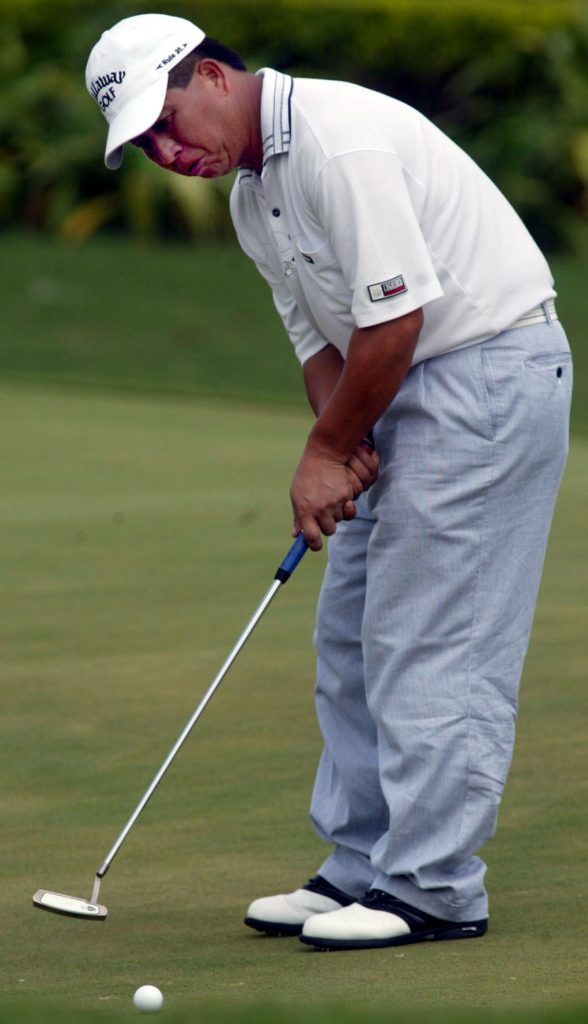 Chinese Taipei’s Lin Chie-hsiang did his best to catch Chia and toured the back nine in three-under but still fell two short of the Malaysian’s winning total.

And Hsieh, battling the elements, dropped four shots in the last five holes to close with a 77 and join Lin in second place.

“That night I had a good dinner with Wang Ter-chang’s family, but it didn’t really hit me at that time. But at about mid-night before I slept it hit me. I started looking at the trophy and thought, oh god I have won!”