The careers of Singapore’s top golfers have one very important component in common.

It is not something that most golfers, aiming to turn professional, would ordinarily factor into their route to the top but it does have some excellent benefits – particularly in areas such as mindset, discipline and physical fitness.

Yes, you have correctly guessed it is National Service (NS) and as Singapore celebrates National Day today – and 55 years of independence – the Tour salutes its members who have served their country so well.

Mardan Mamat, the country’s golfing talisman who inspires all professionals in the Lion City, was in the Civil Defence Force 33 years ago.

Gregory Foo, Choo Tze Huang, Jesse Yap and Marc Ong were all in the Army; while Koh Dengshan and Quincy Quek served in the Air Force.

It is an impressive line-up of Singapore’s elite golfers and perhaps the main question is: how did their two years in the service equip them for life as a Tour professional? 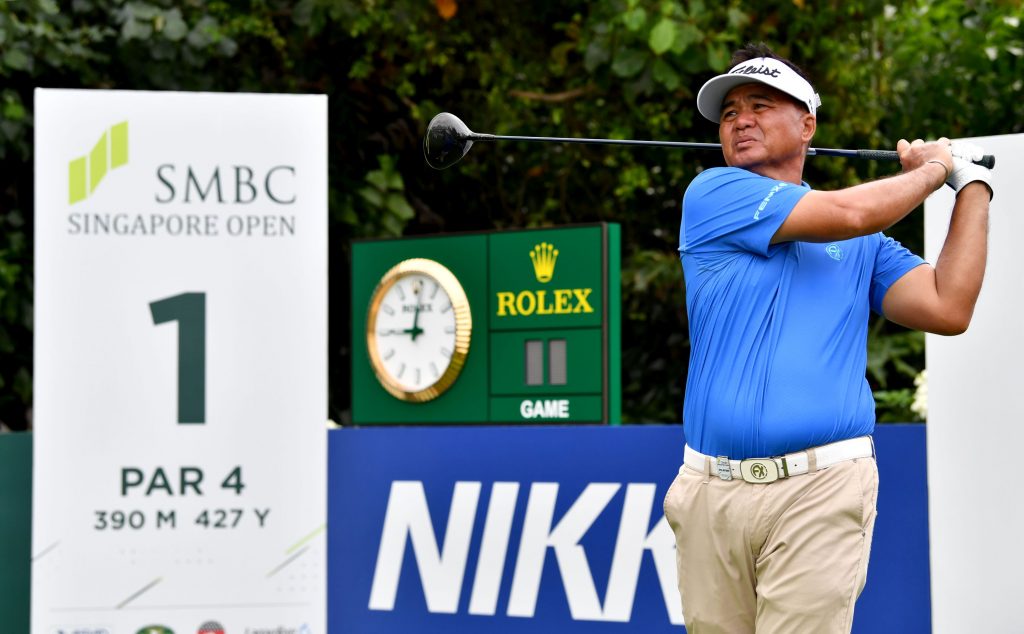 “The physical part of the training was very good. And there were a lot of good times,” said Mardan, a five-time winner on the Asian Tour.

“In the first six months [of NS], I couldn’t play any golf. There was very centralized training for six months so they would not let me go anywhere. You really have to put all your effort into what they are going to teach you. But after that I was able to play tournaments.”

Mardan, like all the Singapore players mentioned, was a key part of the Singapore Golf Association’s National Team and was allowed to play in some local events while in the service. After he had completed his two years with the Civil Defence Force he remained an amateur for four years playing in the region’s premier amateur tournaments.

He adds: “My last tournament for the National team was in Hiroshima at the Asian Games in 1994. When I came back to Singapore I decided to turn pro after that. I remember my first event as a pro was the Singapore Open in October, 1994. I remember the date well because I had a hole-in-one on the first day on the Garden Course at Tanah Merah. But I missed the cut though, Kyi Hla Han won the tournament.” 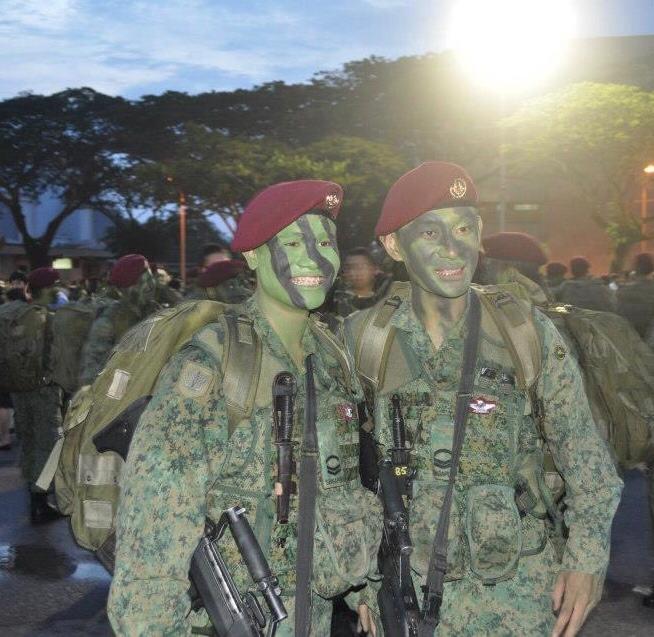 “The physical training not only helped me become fitter and stronger but mentally tougher too,” said Foo.

“Before NS, I would tend to give up easily on the course when things weren’t going my way. So it definitely helped me become better at handling adversity as well pushing myself harder when I needed to. It really had a positive impact on my whole attitude towards my golf game, making me appreciate it more and not take it for granted.”

Like Mardan, he continued to play on the national team for four years after NS.

Foo said that going into NS, he knew he wasn’t going to be able to compete or practice much. He didn’t play a tournament for more than a year due to training. So he decided it was an opportunity to improve other areas of his game, mainly the physical and mental parts. He was able to practice on some weekends and towards the end of his service. 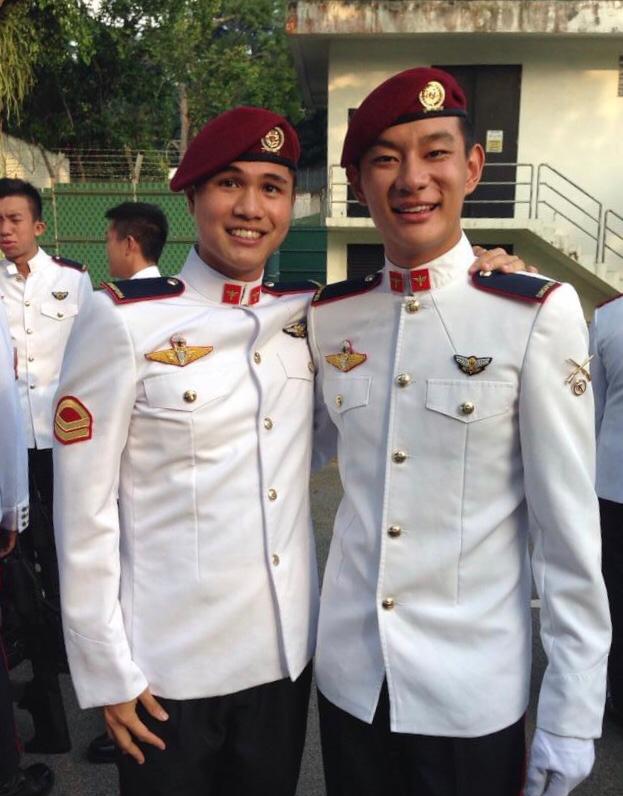 “A highlight would have to be jumping out of an aeroplane for airborne training,” he adds.

“It was really quite an exhilarating experience but definitely one of the scariest moments for me. Another highlight would be going overseas to countries like Brunei and Australia for training, I definitely had some good memories from those trips.”

Choo went into NS in 2005, and after that attended college at Washington State for four years, before turning professional soon after.

“I think the discipline part was a very important component we learned,” says Choo.

“It is one of the first things we learn in basic training. Being organized, being on time. The army helped with developing all the requirements of an athlete.

“I was lucky enough to play and practice. I played in the Manila SEA Games in 2005 and the Asian Games in Doha in 2006. I was lucky to have base commanders who played golf. I had great support from the Army and Sports Council to train for both events.”

He has some knee and shoulder issues which limited his participation at times but says: “the whole basic training was a money can’t buy experience. The camaraderie in the whole platoon is something I will never forget.”

Yap was with the army from 2011 to 2012 and was in Logistics. After National Service he attended California Polytechnic State University in the US from 2013 to 2017, before turning professional in 2018.

“NS helped me to be more independent and it gave me responsibilities that I had never really had before. That definitely helped me both when I went overseas to study as well as in my golf career,” says Yap.

“There were also many moments during training when I was asked to push myself to the limit mentally and physically, and that helped me to discover what my boundaries are and learn what I can accomplish when I push myself.”

He didn’t have many opportunities to play tournaments or to practice, so he would just play and practice on weekends since he stayed at camp during the week for most of his service. He only played in some club events on the weekends.

He added: “I didn’t see this as a huge hurdle because I knew I’d have about eight months between finishing my service and enrolling in college to work on my game, and at that point I wasn’t sure if I wanted to pursue a career as a touring professional yet.”

The highlights of NS for him were the overseas exercises. He had one in Brunei and one in Chinese Taipei.

“Brunei was a navigation and basic survival exercise, and the terrain and landscape was such a big change from Singapore,” he says.

“At times it really did feel like we were in the middle of the jungle, which never happens in Singapore even though you can find some spots surrounded by trees. Chinese Taipei was fun because it was the summary exercise for our training and we got to practice all the skills we had learned over a six-month course but on a much larger scale than we would have been able to if we had stayed in Singapore.”

“It made me appreciate playing, traveling and competing much more. Time management was important and quality over quantity training sessions,” says Ong, who turned professional in 2018, three months after finishing service.

“I played more during my second year in and qualified for the 2017 SEA Games team while serving and that allowed me to take time off to play some events to prepare.

“Overall I enjoyed NS and it was definitely beneficial to my daily life. I learned a lot about time management, responsibility and personal skills. For golf, I realized how precious a quality training session is when you have limited training hours.” 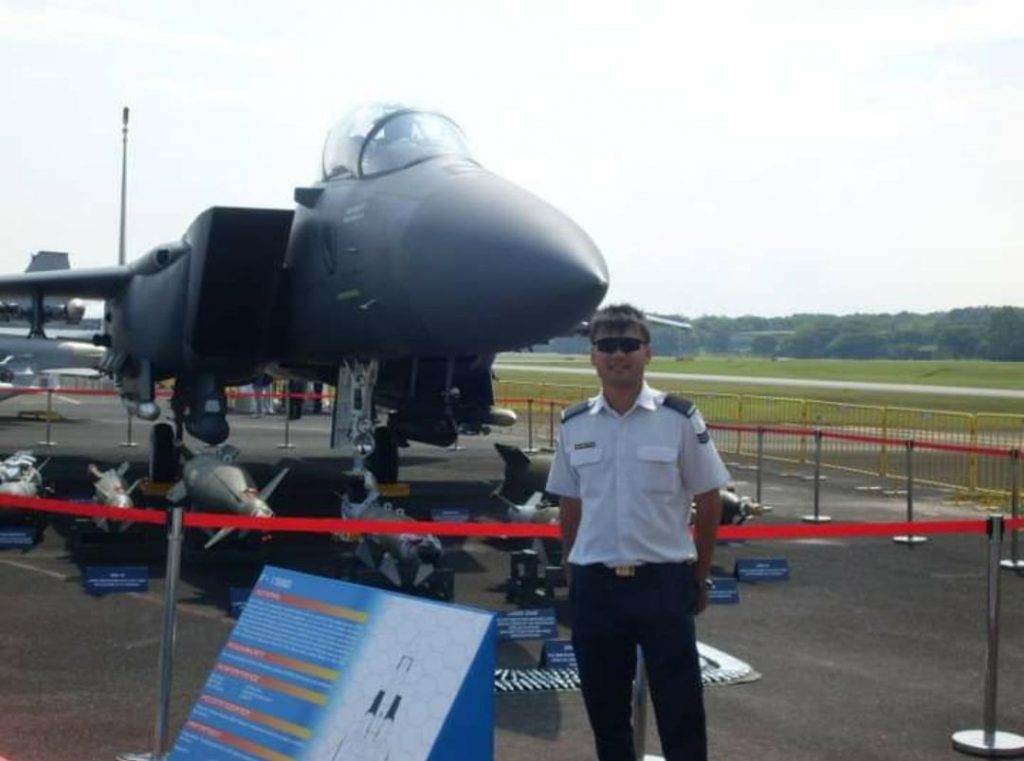 “NS gave me the physical and mental training, especially the basic training which help build up the resilience and discipline in my golf game and life in general,” says Koh.

He turned professional a month after completing NS.

“I was able to play in approved events as I was in the Sportsman Programme. Also, because I was in the Airforce I was able to get up close and watch the fighter jets fly, which was pretty cool. Also I learned a lot about aviation, it is quite different from golf!”

Quek, was allowed to practice and play while serving, and also turned professional immediately after NS.

“Going to a live firing range and learning how to handle a rifle was definitely one of the highlights,” he says.

Singapore, although a small country with few courses, continues to produce professional and amateur golfers capable of winning at all levels thanks in part to a degree of “specialized” training that few countries can rival.