Korean Kyongjun Moon opened up a four-stroke lead at the halfway point of the Shinhan Donghae Open today – helped by a sensational eagle on the par-four 15th, where he holed his approach from 85 yards.

He added a six-under-par 65 to his opening 64 for an impressive total of 13 under at Bear’s Best Cheongna Golf Club in Incheon.

Koreans Seungyul Noh and Minkyu Kim are in second after returning rounds of 69 and 68 respectively.

First round leader, Jaehan Chun from Korea, fell back with a 75 and is nine behind the leader.

Moon has been in sublime form over the first two day, making two eagles, 10 birdies and dropping just one shot. He birdied four out of the first five holes on the front nine today for the perfect start.

Of his eagle on 15 he said: “I had a bad stance over that shot and the wind was coming in across from the opposite side. I hit a draw, it took a spin and eventually found the hole. It was a really great feeling.”

“The greens were in great condition, so I was able to trust my putting stroke. With an eagle and five birdies, it certainly was a satisfactory day,” added the 38-year-old.

Moon finished second in this event in 2014 – behind countryman Sangmoon Bae – and hit the headlines the following year when he won the GS Caltex Maekyung Open, which remains his sole Tour victory to date.

Considered something of a late bloomer, he overcame a panic disorder condition – that threatened his career – to bravely win the Maekyung event.

Impressively, has not missed a cut in Korea since the 2018 KJ Choi Invitational – making it through to the weekend 25 consecutive times. 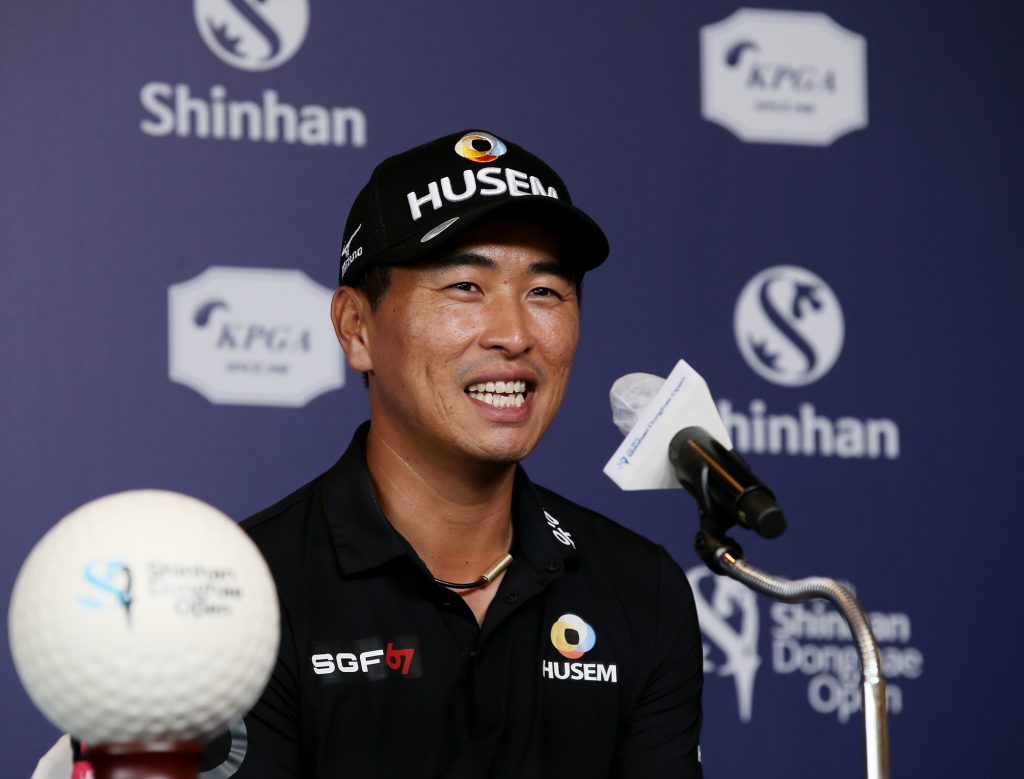 Noh, once the golden boy of Korean golf having won on the Asian Tour, PGA Tour and European Tour, fired five birdies and three bogeys to stay in contention.

The 2010 Asian Tour Order of Merit champion is looking for his first win since the 2014 Zurich Classic of New Orleans on the PGA Tour.

Jeunghun Wang, another of the country’s fine young players and three-time winner on the European Tour, carded his second 67 and is a stroke further back in a group with three other players.

Y.E. Yang, who became a national hero in Korea when he won the 2009 US PGA Championship, signed for a 66 but is nine off the lead.

Boasting prizemoney of KRW1.4b (approximately US$1.2m), the Shinhan Donghae Open is one of the most prestigious events on the Korean golf calendar.