It is difficult to comprehend the magnitude of Siddikur Rahman’s victory in the Brunei Open – which took place on this day a decade ago.

It is one of the most inspirational stories in the world of professional golf.

Siddikur was born in destitute Dhaka city – where his father worked as a taxi-driver – he grew up in a slum and had to support his family by taking on odd jobs, when just a child.

At the age of nine his search for employment led him to Kurmitola Golf Club, where they were looking for ball boys for the members.

It was there that he learned to play the game, using a “bespoke” golf club he made by securing the head of an old iron to a metal rod.

And when the Golf Club decided to form a national team by selecting the best players from the ball boys and caddies – of which there were over 100 – Siddikur was the standout pick.

Siddikur worked as a ball boy at the Kurmitola Golf Club when he was 9. Can you spot him in this picture?

It was an outrageous introduction to the game of golf and one that makes his rise to become a winner on the Asian Tour all the more remarkable.

He had arrived at the Brunei Open – played on the Jack Nicklaus-designed course at the Empire Hotel and Country Club, in Brunei’s capital Bandar Seri Begawan – practically a rookie having joined the Asian Tour a year earlier.

And he had only played in 17 events on Tour in total up to that point. 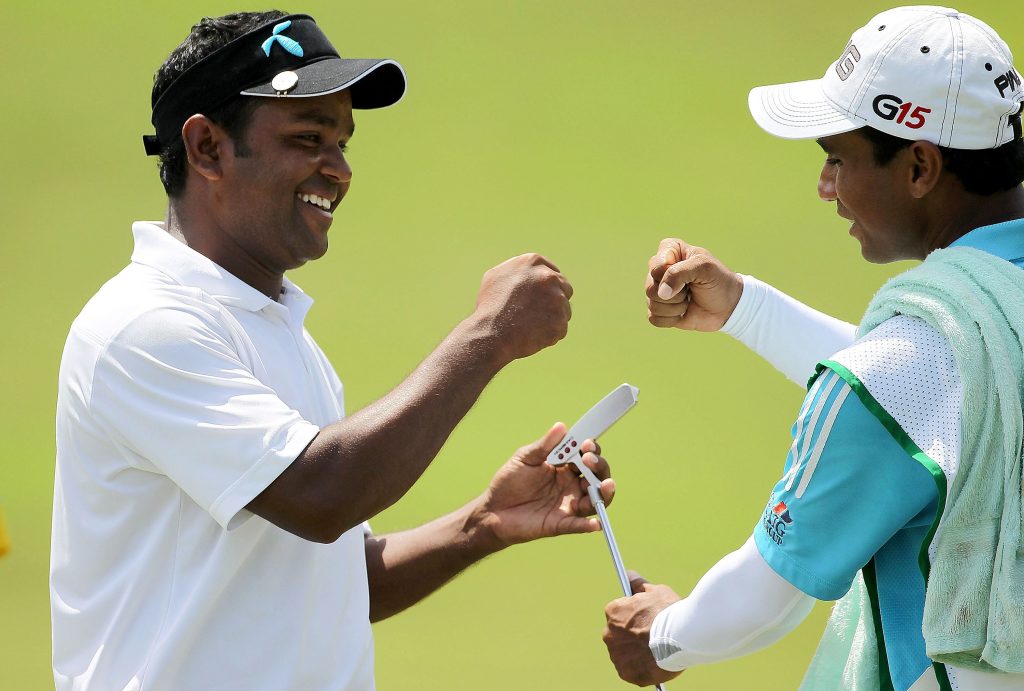 However, he did boast some impressive credentials having claimed numerous amateur titles – in Bangladesh, Pakistan, Sri Lanka, Nepal and India – and three events on the Professional Golf Tour of India.

A few months before Brunei he had also tied for eighth in the Queen’s Cup in Thailand for his first top-10 finish.

Boasting prize money of US$300,000 this was the sixth staging of the Brunei Open.

A strong field had entered the popular event including India’s Gaganjeet Bhulllar and Anirban Lahiri, Juvic Pagunsan from the Philippines, Thailand’s Thaworn Wiratchant, Chinese Taipei’s Lin Wen-tang and many others.

Siddikur, the new kid on the block, aged just 25, and the first Bangladeshi to play on the Asian Tour made a fine start shooting a seven-under-par 64.

His front nine would have alerted the field that something special had arrived on Tour from the most unexpected place: he made a hole-in-one on the par-three fourth, with a six iron, and carded four birdies for an exceptional six-under-par 29.

However, it wasn’t enough to take the lead as Thailand’s Thammanoon Srirot equaled the course record with an astonishing 62.

The lead would come on day two though as he cruised in with a bogey-free 67 to take to the front on 11-under, for a two-stroke lead over Thammanoon and Australian Adam Groom.

Round three lived up to its billing as ‘moving day’ and saw Siddikur, who carded a 70, joined at the top of the leaderboard by another emerging star, Malaysian Ben Leong, who shot 67.

They led on 12-under while Groom, Lin, and South African Jbe Kruger slipped into third, one stroke behind.

And with Lahiri only two back, China’s Zhang Lian-wei three behind, and Bhullar and Pagunsan four adrift, the stage was set for an absorbing final day.

On Sunday, Siddikur got off to a dream start when he sensationally eagled the par-four first hole and birdied the second and fourth to make the turn in four-under-par 31.

Despite that, his first victory on the Asian Tour would not be a walk in the park as Kruger, another youngster looking for his maiden win, toured the front nine in 30.

That saw Kruger, playing two groups ahead of Siddikur, draw level with the Bangladeshi and put the tournament on course for a dramatic finish.

Unexpectedly, the South African double-bogeyed the 11th but bounced back with birdies on 12 and 17 before setting a clubhouse lead on 16 under. 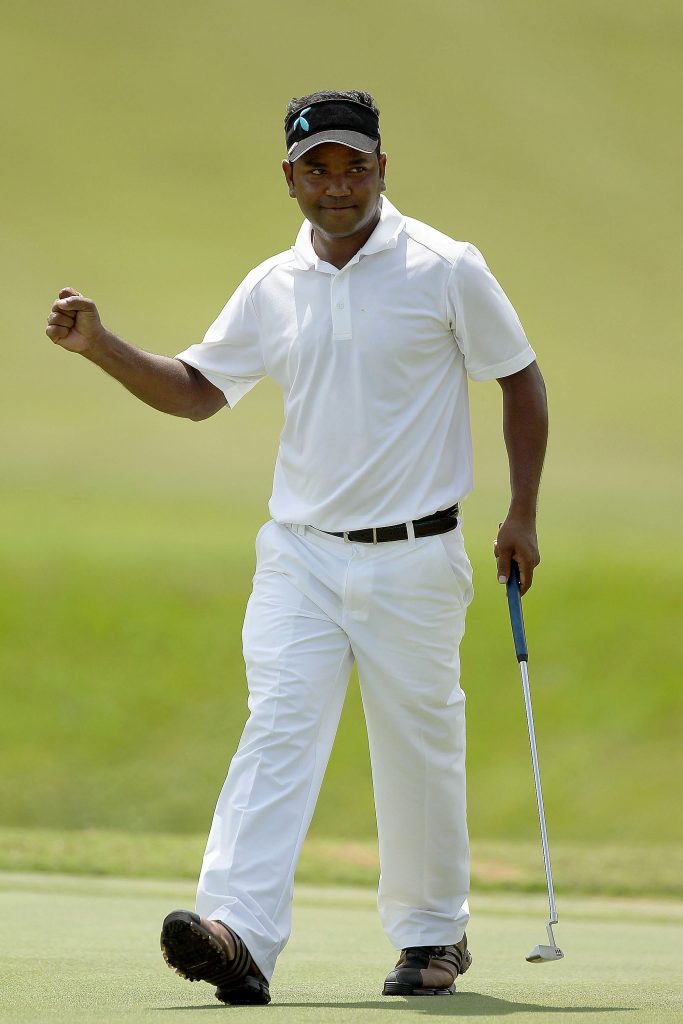 A birdie by Siddikur on the 13th meant he led by one with five to play and he had a chance to extend that to two with four-foot birdie putt on 17.

However, that slipped by and he needed a par at the last to secure his first Asian Tour win.

He left himself a 15-foot par putt on 18 to lift the trophy but the golfing Gods had decreed it was slightly too early to create history. The putt did not drop and the tournament went into a sudden-death play-off on the last.

Fortunately, for Siddikur, the onus was on his South African opponent to deal with a putt packed with pressure on the first play-off hole.

Kruger had to hole a 10-footer for par to deny Siddikur victory but he was unable to hold back the hope of 160 million Bangladeshis.

The South African missed the putt and Siddikur was crowned the first player from Bangladesh to win on the Asian Tour.

“It is very exciting. I’m the first Bangladeshi to play on the Asian Tour and in the two years that I’m on Tour, I have won a tournament. It is unbelievable,” said Siddikur, who earned a cheque for US$47,550.

“I didn’t expect to win. Thankfully, everything clicked and I was able to win. I hope to inspire more people to take up the game of golf in Bangladesh. This is a good victory for me and my country,” said Siddikur.

There is no doubt that that first triumph was his most important and gave him the confidence to go much further in the game.

He went on to win the Indian Open in 2013, compete in the 2016 Rio Olympics – where he was the flag bearer for his nation – and earn over US$2 million, and counting, in prize money on the Asian Tour.

The win in Brunei was a turning point and a Cinderella story  which made him a sporting hero in his country.

“I started with a dream and it has taken me this far. Faith, courage and perseverance made that possible too. It’s a different life now but I never forget where I come from. I’m not shy of my past and I’m proud of it. I have come a long way,” said Siddikur.

“Life is never smooth sailing but my childhood has taught me all about survival. In these difficult times, it’s even more important to stay close to those values. You have always got to think positively as difficult times will eventually pass.”