San Francisco, United States, August 7: Any concerns that rising Korean star Joohyung Kim would be overawed by playing in his first Major this week were quickly dispelled when he carded a composed even-par 70 in the first round of the PGA Championship on Thursday at TPC Harding Park in San Francisco, California.

The 18-year-old, who is the youngest player in the field, finished the day in a tie for 48th place in some esteemed company that included Rory McIlory from Northern Ireland and Jon Rahm from Spain.

The US$11 million tournament is being led by Australian Jason Day, winner of this event in 2015, and Brendon Todd from the United States, who fired pace-setting 65s.

American Tiger Woods, who has claimed four PGA Championships, came in with a 68. He last won the tournament in 2007.

Kim, paired with former US Masters champion Charl Schwartzel from South Africa and Mexican Abraham Ancer, began his round on the par-five 10th and made a statement of intent by making birdie.

He dropped a shot on the ensuing hole before later birdieing the 13th and bogeying 18 for a first nine of even-par 35. That was exactly the same number he posted on his second half but, showing maturity beyond his years, he made nine straight pars.

Last year, Kim earned a battlefield promotion from the Asian Development Tour by winning three events before the youngster made an instant impact by winning on just his third start on the Asian Tour at the Panasonic Open India. That made him the second youngest professional to win on the Tour.

American Kurt Kitayama and Shaun Norris from South African, both winners on the Asian Tour, also made impressive starts shooting 68 and 69 respectively. 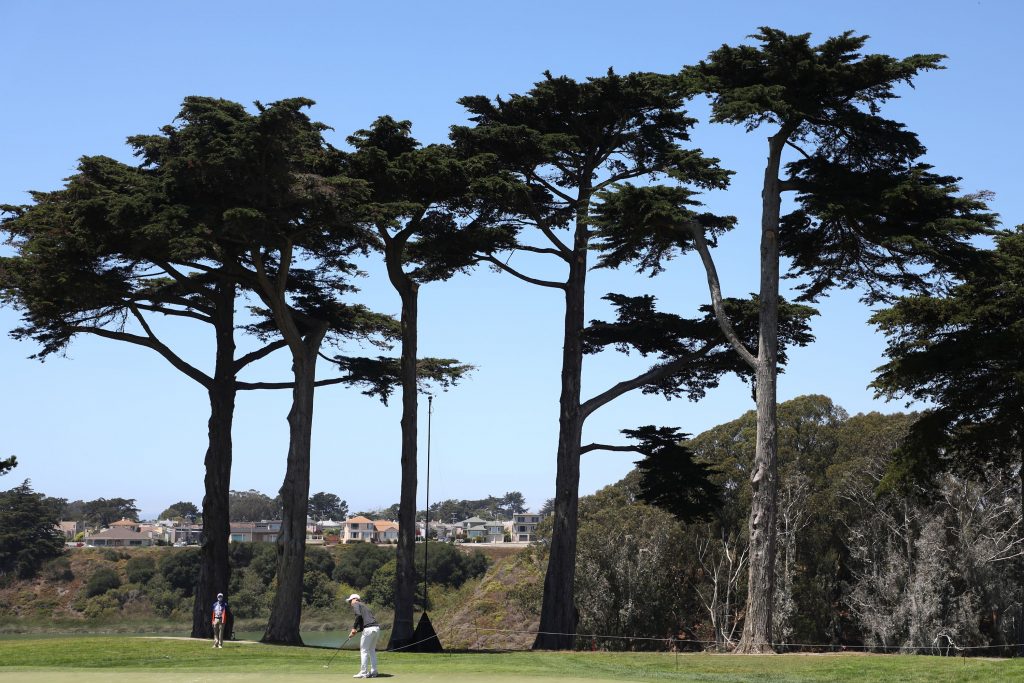 SAN FRANCISCO, CALIFORNIA – AUGUST 06: Jazz Janewattananond of Thailand putts on the tenth green during the first round of the 2020 PGA Championship at TPC Harding Park on August 06, 2020 in San Francisco, California. (Photo by Christian Petersen/PGA of America/PGA of America via Getty Images)