With Covid-19 still maintaining its vice-like grip in many areas of the world, the usual hockey preparations that would be expected ahead of these events have had to be altered, dramatically changed or completely abandoned in favour of a different way of doing things.

For India women’s national team, a tour of Argentina has been a welcome relief after a year of cancelled hockey internationals. Speaking to The Hindu newspaper as the team prepared to depart for South America, Captain Rani said: “It feels amazing to be touring again. We have worked very hard on our game in the last few months and the time has come for us to execute our skills in an international match.

“Playing in international matches is going to be a bit different this time since we will be in a bio bubble. However, the team is excited to be back on the field in the best possible manner at the moment.”

To ensure the players’ safety, Hockey India and the Argentina Hockey Federation created a bio bubble for both the teams. The Indian women’s team stayed in a hotel where meals, team meetings and video sessions were all held in separate rooms from anyone else. The entire Indian contingent underwent a COVID-19 test 72 hours before their departure. There is no requirement for quarantine upon arrival in Argentina.

For India men, who have not played an international match since February 2020 – against Australia in the FIH Hockey Pro League – there are no international training matches on the horizon. The team will next be seen in action at the Men’s Asian Champions Trophy in Dhaka, Bangladesh scheduled for March 2021. However, Chief Coach Graham Reid and his coaching staff will make sure the India team are in peak condition for their return to action in the FIH Pro League when they take on the Argentine Men in April in Tucuman in Argentina. A 33-member strong squad has assembled for a national camp and Reid promises to “up the ante” when it comes to preparing his players for 2021 competition. 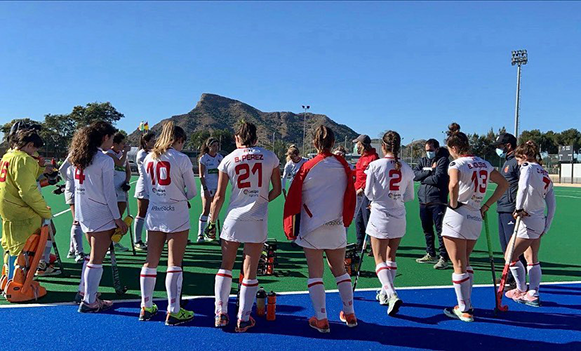 Two teams that have managed to play international fixtures are the women’s teams of Spain and Ireland who, at time of writing, are mid-way through a five-match series, with Ireland 2-1 up. Both teams are heading to Tokyo for the Olympic Games later in the year and both teams will also be contesting the EuroHockey Championships. Spain is currently ranked seventh in the world, with Ireland one place below them, making this a great test of both teams.

For Spain’s head coach Adrian Lock, test matches such as this, and future fixtures against Great Britain are really important in his team’s preparations for the year ahead.

“We have been very lucky to get some international games under our belts, with fixtures against Belgium, Ireland and Great Britain. But it is complicated to know which teams we will be able to play and who can travel.

“In some ways, not being part of the FIH Hockey Pro League gives us a chance to have more training game situations but, with both the EuroHockey Championships and the Olympics very close to each other, we have to strike a balance between how much to train, how much to play and how much to rest.” 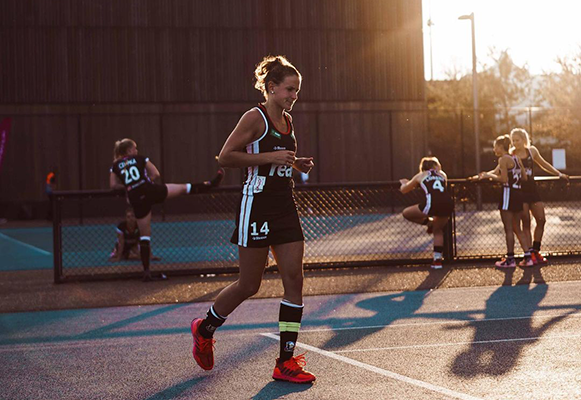 “We are just starting again after a break. We had a big block of strength and conditioning training in December but now we are coming together as a team. We had planned to play against other nations but with Covid it is very uncertain.

“We all got very excited when we got our training schedule through and it said ‘test match’. But then our Head Coach said it was a match just among ourselves and we all sighed in disappointment – I think we have had enough of playing each other now.”

Since we spoke to Müller-Wieland, it has been announced that Belgium will travel across the border for a series of practice matches from 5-8 February. The Belgium Red Lions will be in a training camp at Las Palmas in Gran Canaria ahead of their FIH Hockey Pro League matches resuming.

Looking ahead to a packed year of activity, Müller-Wieland said: “But it could be a huge year for us. We have the EuroHockey Championships, and we have 14 Pro League matches, and of course we have the Olympics. If everything goes ahead it will be an amazing year.”

⚽Football : Seger: I won’t stop at breaking the record