The first order of the day was a battle between the ITTF World Professionals team and their opponent were the team favorites to win the title comprising of Chen Meng, Sun Yingsha and Wang Yidi – the Shenzhen University. However, before the match began, the ITTF World Professionals team members and coaches collectively chose the mascot for their : The Koala! Naturally, this quickly became the team’s nickname: “Team Koala”.

The second match was played between Chen Meng and Lily Zhang, who was selected as the captain of ITTF World Professionals yesterday. The match was one-sided, and Chen Meng did not give Lily Zhang much room to work with, and recorded a 3-0 win. Zhang, expressed satisfaction with her style of play:

“In the first match I met the world number one Chen Meng, which meant I was more nervous at the beginning, but I got a little better later, and I played okay overall.” Lily Zhang

The third match-up was a battle between Sun Yingsha and Adriana Diaz, who are both 20 years old and have a very good relationship with each other as their birthdays are only a few days apart. In the first game, the two athletes were tied at 6-all, but Diaz scored continuously and got the game point at 10-7.

Sun tied the score and won the second game 15-13, having saved 6 game points. In the third game, the two players played to 8-all before Sun won another game 11-9. Sun was finally in full flow and won the fourth game 11-5. After the match, Sun said:

“I am still a bit slow to start, and the Diaz has been improving recently, so I think it’s normal overall for such a close match.” Sun Yingsha

Diaz, on the other hand, felt she played well in this match and was very happy to hear Sun Yingsha complimenting her on her good play when she was interviewed by the media later.

ITTF World Professionals had their first win in the second round, as they beat Heilongjiang Huaxin Yonggang Club 3-1. In the first game, Doo Hoi Kem and Jeon Jihee teamed up to beat Qi Fei and Kuai Man to get the first point for the United Team in the Chinese Super League. Jeon Jihee and Doo Hoi Kem both said that after a period of training with the China team, they trust each other more and wanted to fight together to win the game. Doo admitted that both of them were initially a bit nervous – but managed to finish the match strongly.

After that, Cheng I-Ching played against Sun Mingyang. Sun seemed to have an advantage over her Chinese Taipei opponent, with her powerful attack completely restricting Cheng. This meant a win for Sun and the scores level. In the crucial third match, Jeon Jihee won 3-0 against Kuai Man, taking a 2-1 lead. Jeon Jihee said she studied Kuai Mann before the match, which allowed her to secure the win.

Following on, Cheng returned to play against Qi Fei which was a see-saw game in itself. Leading 2-0, Cheng was brought to a tie by Qi Fei but managed to win the deciding game 11:8, defeating her Chinese opponent 3-2 and also securing the overall win for ITTF World Professionals. Cheng later spoke about how happy she was to win the match, having won one of the two singles matches, and how she was feeling even better to have helped out her teammates. 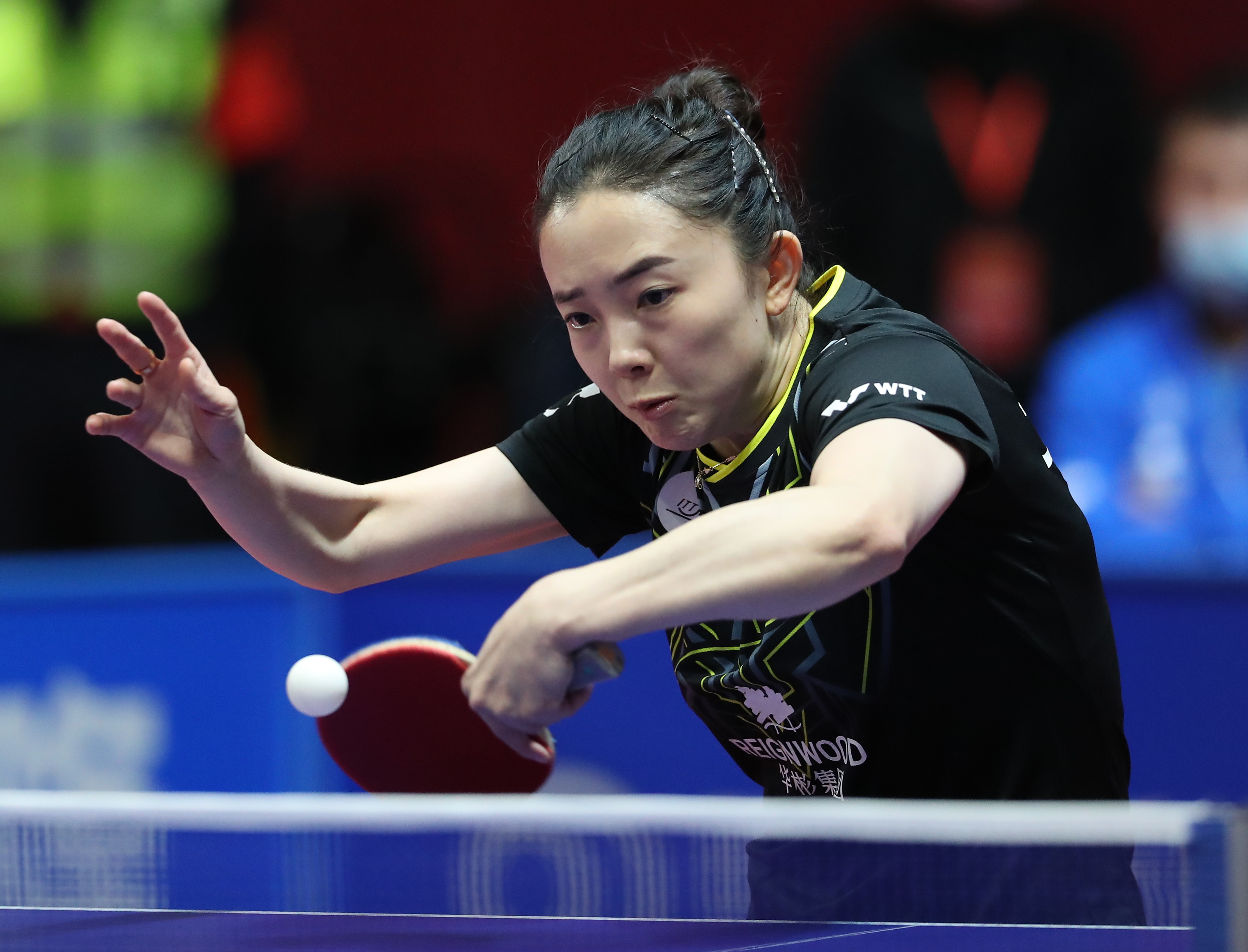 The head coach of the ITTF World Professionals team, Bradyamir Diaz – father of Adriana Diaz –  won the Star Award for Best Coach in 2019. Speaking at the end of the day, he said that he was very honored to lead this team in the Chinese Super League and thanked the ITTF and the Chinese Table Tennis Association for creating this rare opportunity for everyone. Diaz also said that he and the girls were full of confidence in themselves.

The 9 clubs in the Chinese Super League will play a single round robin match from 21-26 December before the knockout round begins from December 27 to December 29. ITTF World Professionals next match will be played at 2:00 p.m local on December 22 and their opponent will be the Shanxi Daduhe team with Che Xiaoxi and Wang Xiaotong.